We continue our series of looking back at photos taken during the same month ten years ago. Unfortunately April 2010 was a very quiet time for the camera with no pictures taken at all during the first half of the month. 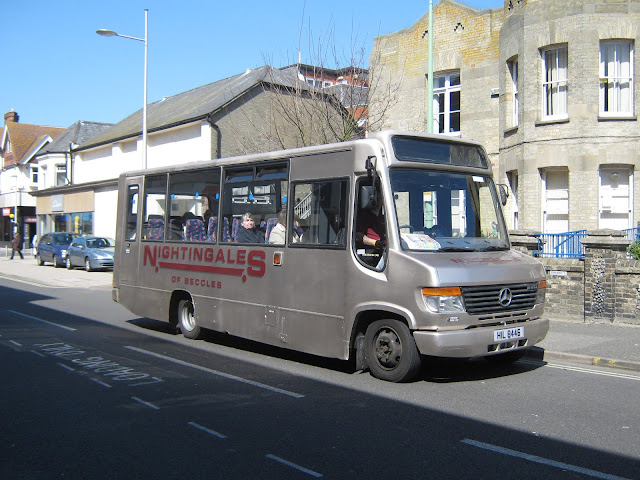 However, a trip out to Lowestoft on the 17th made up some of the deficit. Of interest that day was that Nightingales of Beccles was using Mercedes Benz Vario O814D HIL8446 on town services. The bus had an interesting history which started when it was new with Midland Fox as P114HCH in June 1997. Nightingales later acquired the vehicle from near neighbours Berry (Waylands Minibus) in May 2009 and re registered it as HIL8446. 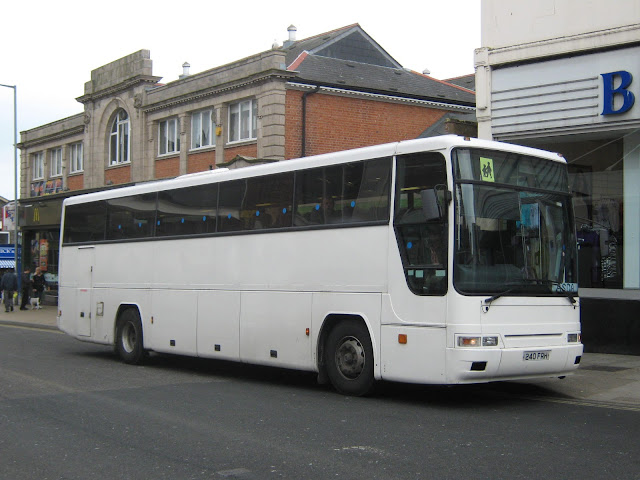 A couple of days later and I was observing activity in the Market Gates area of Great Yarmouth. Awaiting its next duty was Ambassador Travel's Plaxton Premiere bodied Volvo B10M-62 151 240FRH. It was new to the operator as R85DVF in May 1998 being used on National Express duties. In later life it was relegated to school runs and ASDA shuttles. 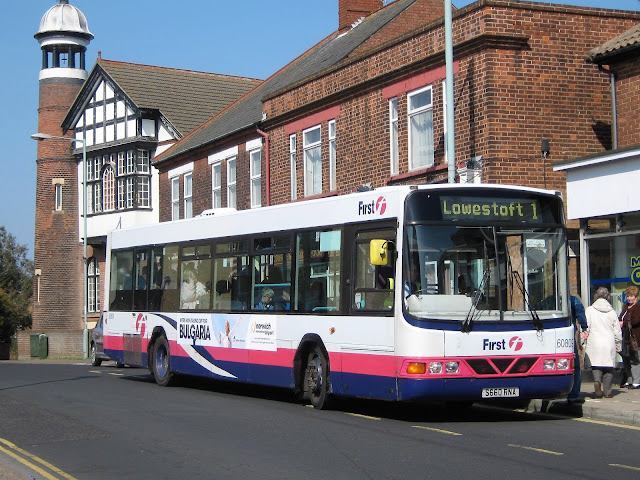 The 23rd saw afternoon shopping in Gorleston High Street where I noted First Eastern Counties 60809 S660RNA heading for Lowestoft on the 1. The Wright Renown bodied Volvo B10BLE was previously from First West Yorkshire but new to First Manchester in October 1998. It subsequently moved on to First Essex. 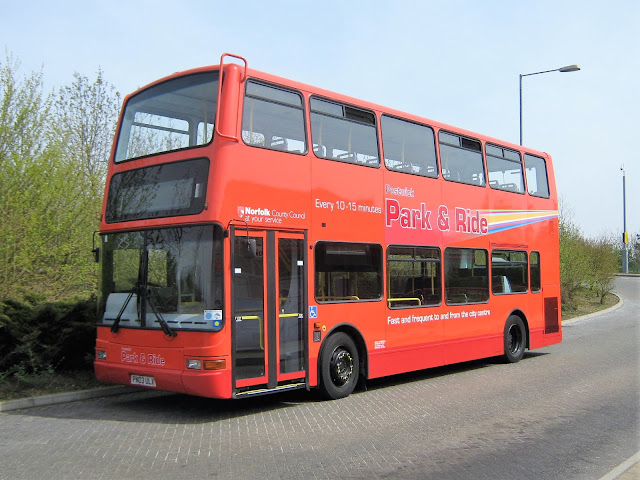 The final photo is of a Norse (Norfolk County Council) decker on standby at the Postwick Park & Ride site on the eastern outskirts of Norwich.  Plaxton President bodied Dennis Trident 7164 PN03ULX was new to London General in March 2003 and was acquired by Norse seven years later. The following May it suffered fire damage and was subsequently scrapped

Roy
Posted by eastnorfolkbus at 09:39