Ross Newman reports the arrival of another two First Eastern Counties buses at dealers Ensign during the month of March. 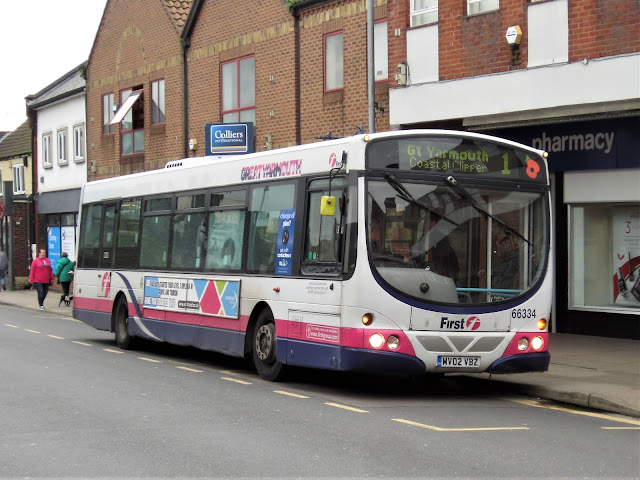 They are Volvo B7 66334 MV02VBZ and Volvo B7TL 30900 W774DWX. The Wright Eclipse was the last active B7 at First Great Yarmouth when it left for Norwich in November for further use there. Whilst at Caister Road it was well known for the number of times it was withdrawn from service only to later return to use!

Having transferred from First Essex in February 2013 W774DWX gained the notoriety of being the last W registered bus operating from First Lowestoft's Gasworks Road depot. It had moved to the Suffolk town following an MOT and a livery refresh in late April 2013.

My thanks to Ross for the continuous updates. He finishes his report that by saying he was 'not sure when the next one will be as most bus companies at present have yards full of buses they do not need'.

Roy
Posted by eastnorfolkbus at 21:36