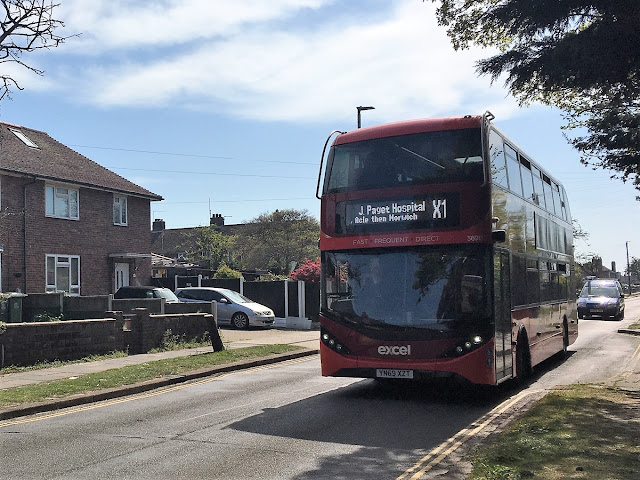 My departure was carefully timed to intercept First's Scania double deck 36913 YN69XZT on a northbound X1 working on Magdalen Way. I had travelled on this to Dereham on the official press launch day in January. 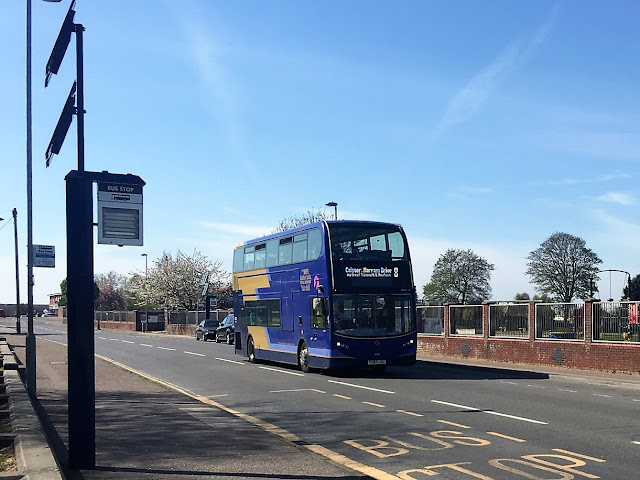 No other buses were seen until I neared the end of my walk on Church Lane where I observed blue 33821 YX63LKL passing the East Norfolk Sixth Form College on the 8 for Caister. 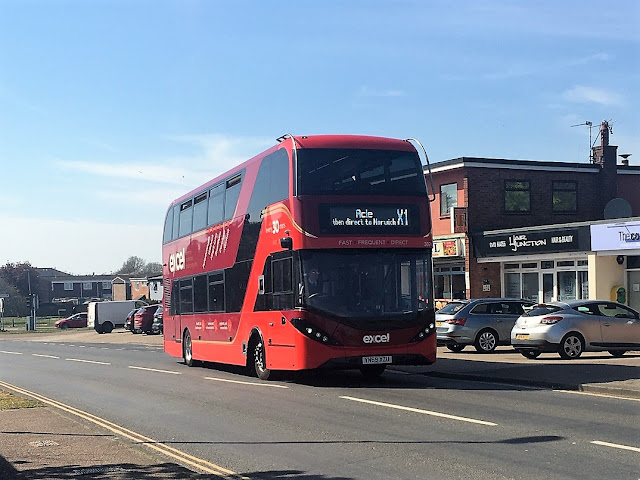 After resting on the small wall for a few minutes, another X1 Norwich bound Scania approached with 36914 YN69XZU in service followed by a friendly wave from the driver. 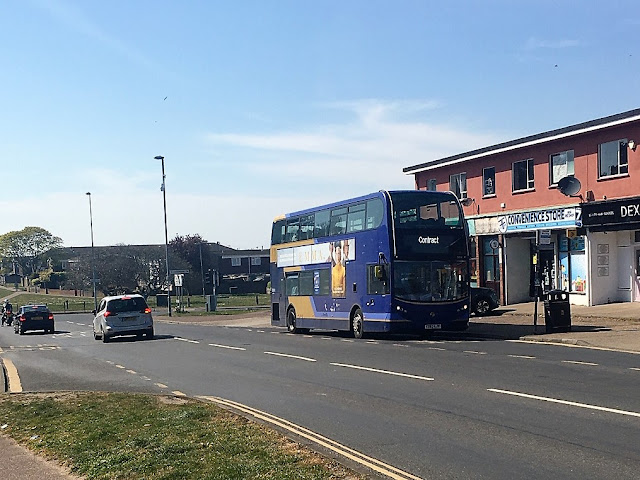 And I thought that was that, until I saw a further Excel blue E400 heading east along Crab Lane with a Bernard Matthews contract working. 33810 YX63LJV paused at the Magdalen Arms stop which allowed me to get a photo.

An excellent, satisfying and rewarding walk!

Roy
Posted by eastnorfolkbus at 11:03