A 2002 Dennis Dart SLF/ Caetano Nimbus was observed by Will Drake at the Northgate Hospital site this morning, situated just off Northgate Street in Great Yarmouth. 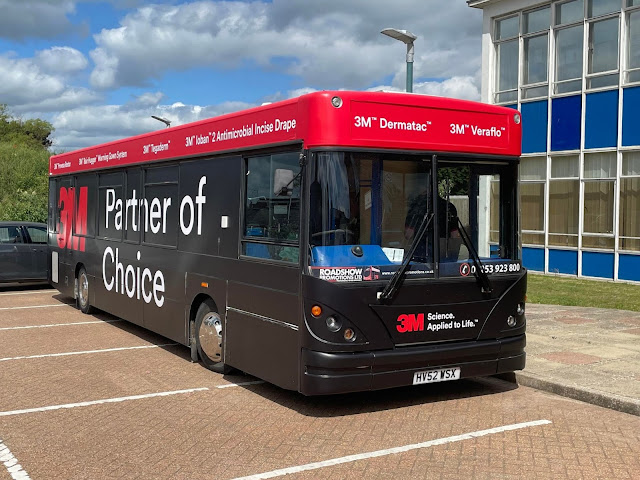 HV52 WSX was new to Wimco of Mitcham in December 2002 and is now employed touring the country visiting various clinical sites offering training and education to nursing teams.
Further information obtained from Ian's Bus Stop website indicates that it was new to Mitcham Belle in November 2002 and used on its 493 Richmond service. The operator was later acquired by Centra London in August 2004 and gained fleet number DC27 in October of that year. When Centra London ceased trading in May 2006 it went into store. A month later it passed to Caetano at Waterlooville on behalf of Dawson Rentals and in February 2008 it became 'The Health Bus'
My thanks to Will for the photo

Roy
Posted by eastnorfolkbus at 11:42