Two Sanders' coaches have been acquired by KT's Coaches of Kendal. They are Van Hool T9 Alizee bodied VDL SB8400s 801 YJ07 JNO and 803 YJ07 JWK. Whilst the former was new to Sanders in July 2007, the later was acquired from New Enterprise of Kent in May 2009. 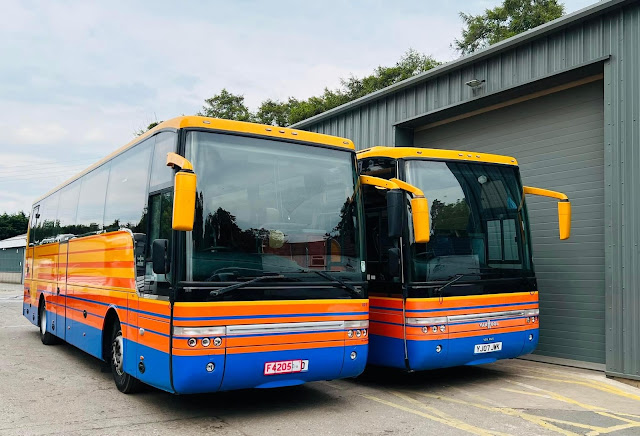 My thanks to @NickF_14 on twitter for the heads up and to Chris Stainton for allowing us to use his photo.

Roy
Posted by eastnorfolkbus at 13:27