Does not quite seem possible that 2002 is now 20 years ago but we were celebrating the Queens Golden Jubilee this year and looking back through my collection i found a few First Eastern Counties vehicles in an assortment of liveries in use at the time. 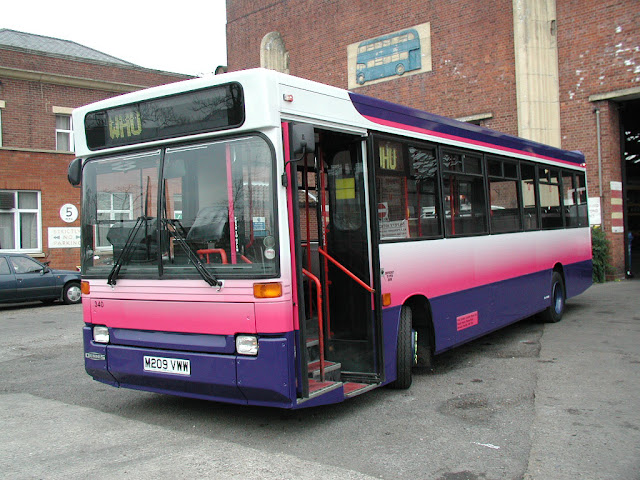 Former First York Dart 340 M209VWW is pictured freshly outshopped in Barbie 2 livery minus any letteering at Caister Road it later became 47209 in the national fleet. 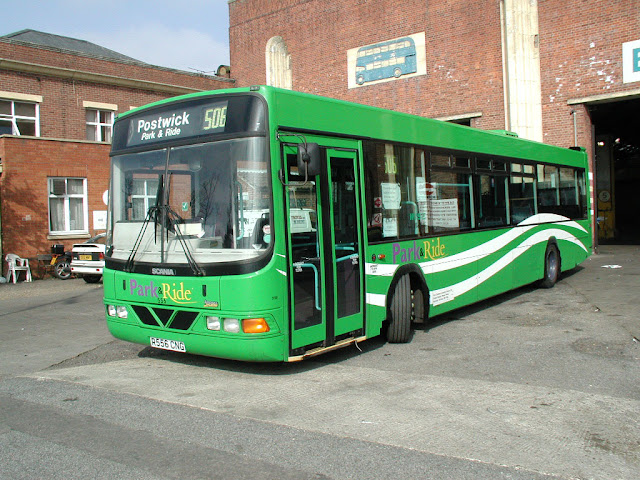 Postwick Park & Ride services in Norwich were initially operated from Caister Road using a batch of Scania L94UB, 556 R556CNG is pictured in the sunshine at Caister Road.

Yarmouth depot operated a large number of ex London Wright bodied Darts, 379 LDZ9114 is pictured in Beaconsfield Road awaiting its next driver before heading to Caister. 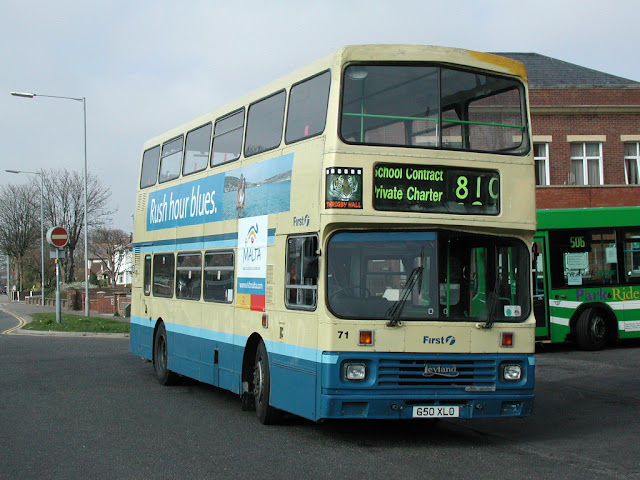 The Blue Bus name lived on for a while after First's takeover, former London Leyland Olympian 71 G50XLO wore the Blue Bus livery before gaining the corporate Barbie colours, seen at Caister Road after returning from a school contract. 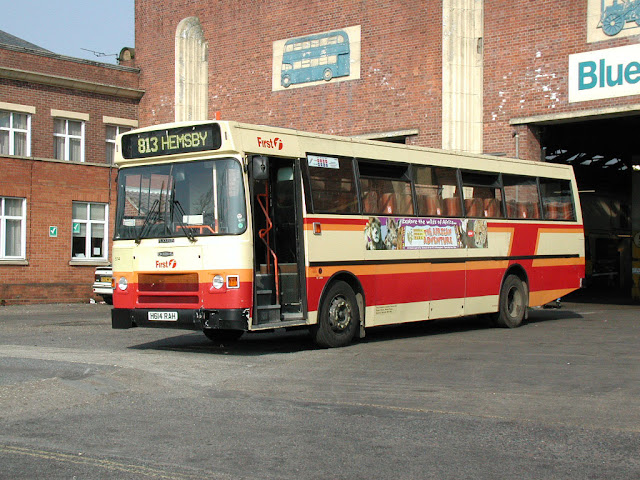 Eastern Counties livery was still in use at the time also, Dennis Javelin 614 H614RAH is about to head out on a school contract to Hemsby, some of this batch finished their days down in Somerset with First. 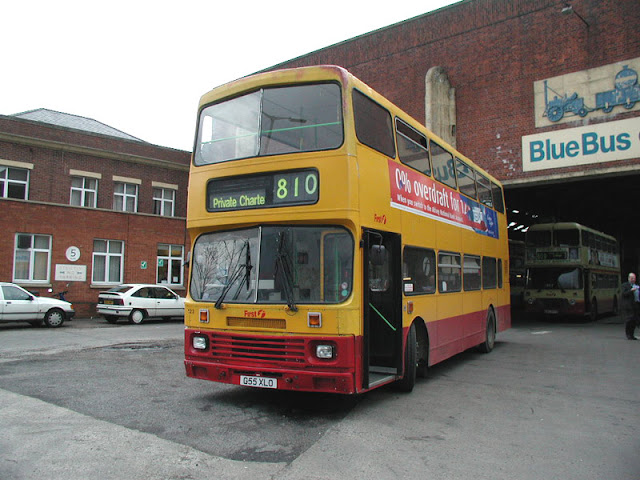 Final Photo is Leyland Olympian 122 G55XLO, this gained the Red/Yellow First Anglia livery, different versions were used within the Eastern Counties & Essex fleets at the time. Note the Bristol VR in the background still in use and a boyhood favourite car of mine the white Vauxhall Astra GTE!