The second part of yesterday evening's sightings comprises four coaches dotted around the seafront area of Great Yarmouth. The first, naturally a Mercedes-Benz Tourismo, was parked in the North Drive overspill car park for the Palm Court Hotel. It was UK17 TAW from the Devon fleet of Taw and Torridge. 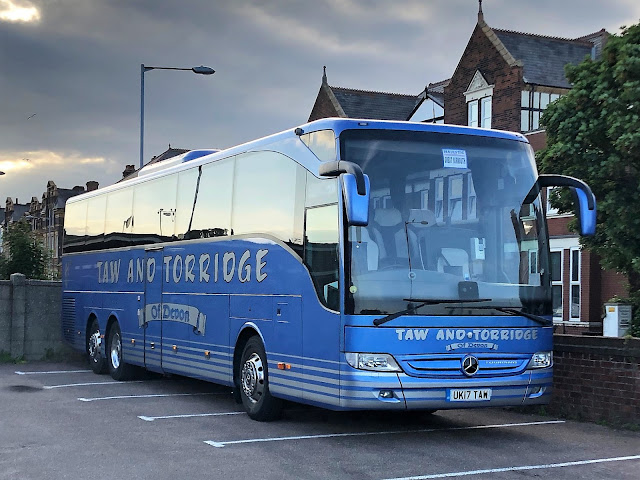 The next coach encountered was Simonds Van Hool bodied Volvo B12B 166 UMB which I had earlier passed on the town's bypass. The vehicle is currently running with no fleet names and was originally with London General as SN09 AZV 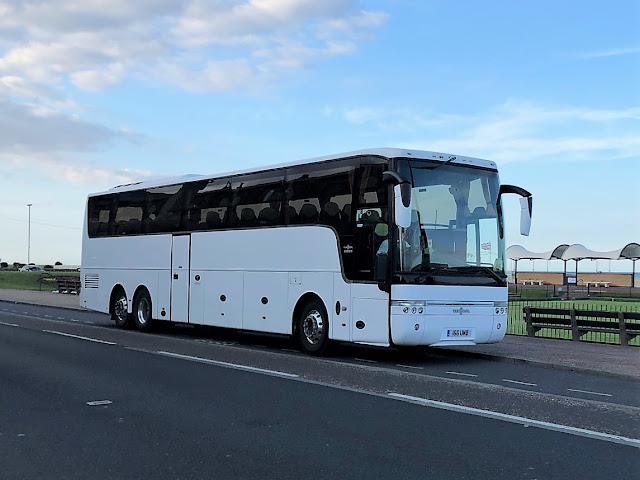 Outside the Royal Hotel on Marine Parade was another Caledonian Travel VDL in the form of SF17 EDJ. 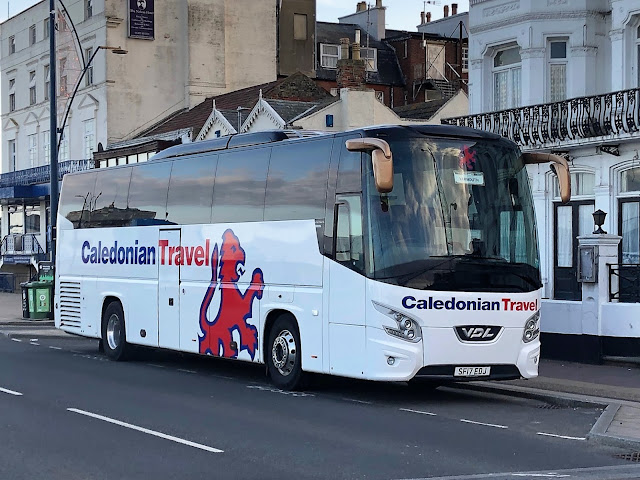