Swift Taxis and Private Hire, which at one point operated almost twenty coaches and buses in the Great Yarmouth area, has been sold to local taxi company Albies Limited. The new arrangement took place from the beginning of this week 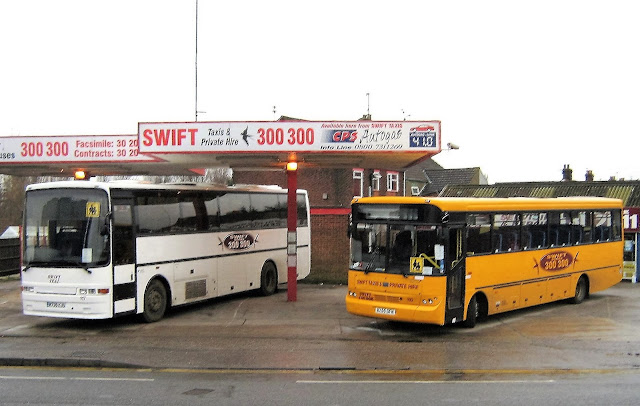 The company had surrendered its PSV operating licence on 6th February 2017, ending a sixteen year period of service. Micheal Smith and Tony Boyne, trading as Swift Taxis from 2 Queen Anne's Road in Southtown, first applied for a licence during January/ February 2001. The operating centre was at nearby 173 Southtown Road. (Source: PSV Circle News Sheets). 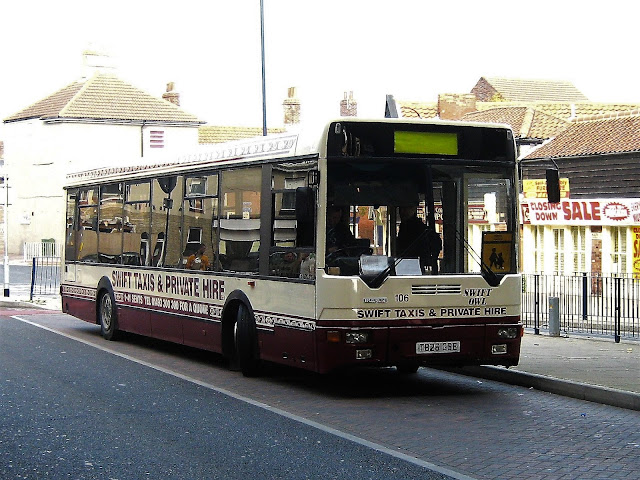 The company acquired their first 'large' vehicle in August 2005 in the form of an Ikarus bodied 43 seater DAF with the registration T826 GSE. It was new to Leask & Silver of Lerwick in June 1999 when it had the registration T20 JLS. 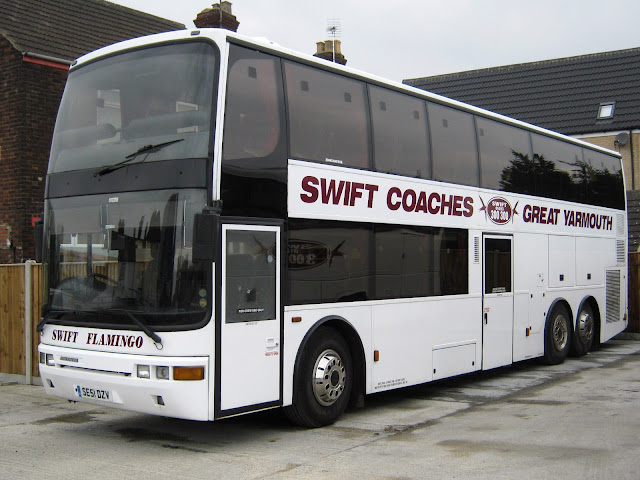 Swift's only double decker in the fleet was a Jonckheere Monaco bodied Volvo B12BT SE51 DZV which subsequently saw use with Richards Coaches and more recently Completely Coach Travel. The last to leave the fleet was Neoplan bodied Dennis Javelin SJI 8127 in February 2016. 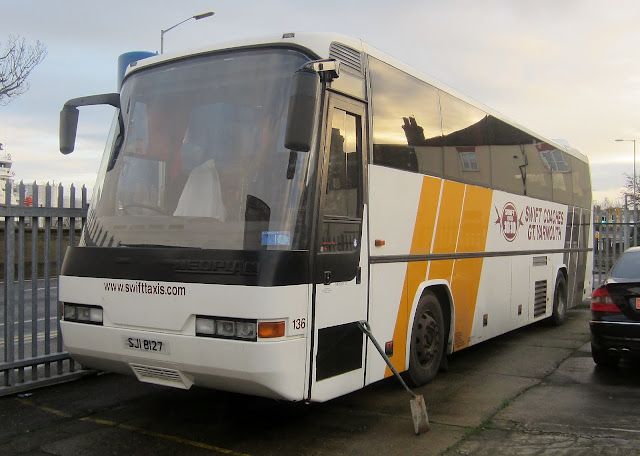 Roy
Posted by eastnorfolkbus at 11:15