With preparations under way to celebrate the Queen's Platinum Jubilee, we look back at the Silver Jubilee 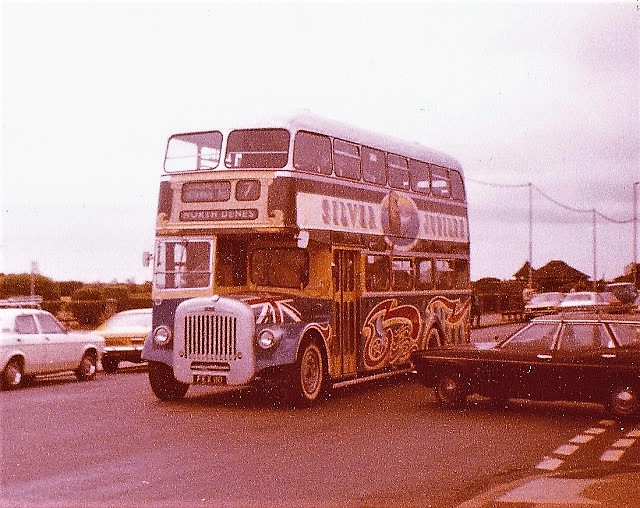 As part of those celebrations a Great Yarmouth Transport double decker received a special Silver Jubilee livery during 1977. FEX 110 was one of five Roe bodied Daimler CVG6s new in May 1961 and was originally number 10 in the fleet (later 15).
The Silver Jubilee livery was designed and applied by Great Yarmouth Art School students. All five were withdrawn later that year with FEX 110 being acquired by Alexander of Sheffield before moving to Arbuckle of Invergowie the following year. A photo of it is available to view on Flickr when with Greyhound of Arbroath in 1980

Roy
Posted by eastnorfolkbus at 09:43