The East Anglia Transport Museum reports the arrival of a former London Transport RTL at its Carlton Colville site. 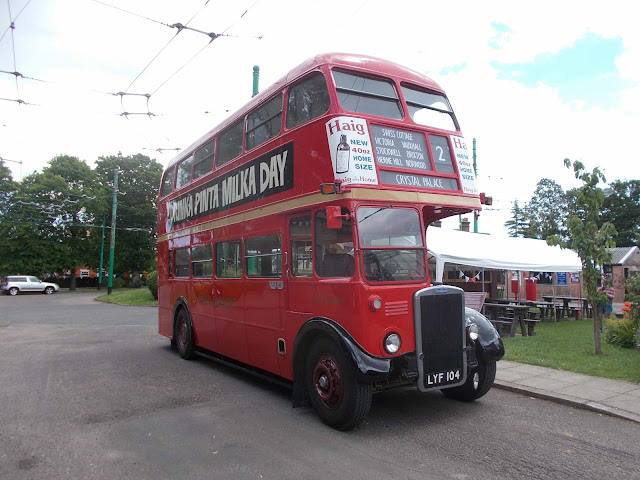 LYF 104 is a 1951 Leyland 7RT with a Park Royal H30/26R body. It is one of 1,632 Titan chassis built by Leyland to a London Transport specification. It was originally a tram replacement vehicle which entered service at Wandsworth garage. RTL1163 was withdrawn in 1963 and stored at Walworth prior to going to Harding Coaches of London for spares. 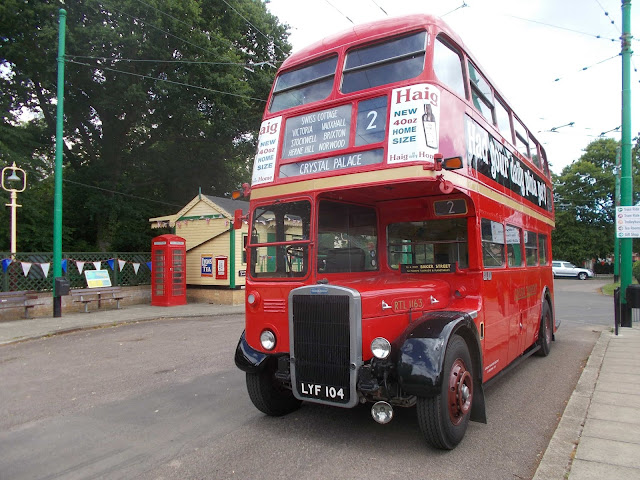 It entered preservation in November 1969 and after moving to a number of preservationists it was finally purchased by its previous owner in May1991 and appeared at various London based events.

My thanks to Tim Major for the photos and to Ian's Bus Stop website for the vehicle's history.

Roy
Posted by eastnorfolkbus at 13:22