Earlier in the week First announced that four of its buses are to carry a modified livery featuring the Progress Pride Flag. 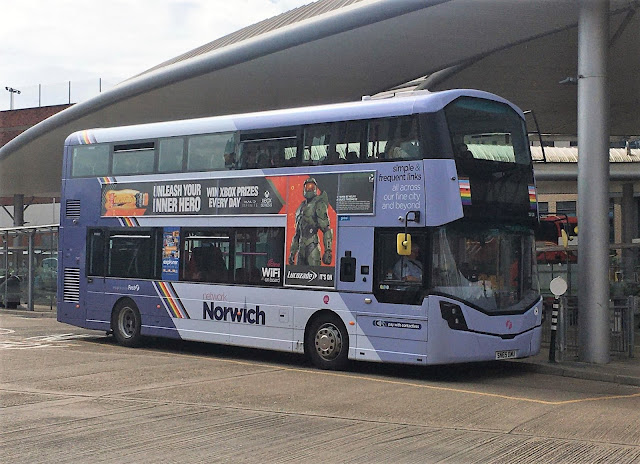 One bus from each of the Norwich, Ipswich, Great Yarmouth and Lowestoft depots are being treated to this modification in honour of Pride Month which takes place each June. Norwich Streetdeck 35150 SN65 OMU has already received this restyling and was seen in use earlier today at Norwich Bus station.

Many thanks to Dan High for the photo
Roy
Posted by eastnorfolkbus at 21:53