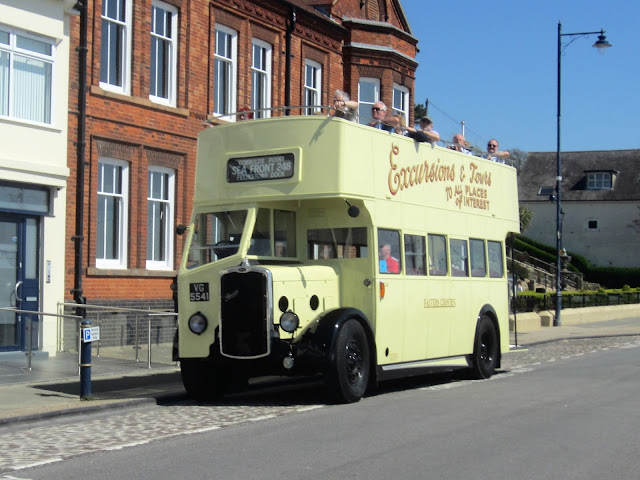 I made a determined effort to get there this year and the star of the show for me was Roger Burdett's restored Bristol GJW open topper VG5541 from 1933. It originally entered service with Norwich Electric Traction company in June of that year. By December 1935 it was recorded with Eastern Counties Omnibus Company, but it wasn't until 1950 that its Weymann H24/24R body was converted to open top for the Felixstowe Sea Front Service. After withdrawal in 1960, it went to dealer Ben Jordan of Coltishall and saw subsequent use in California USA. Roger Burdett began restoration at the turn of the century and it certainly looked the part. 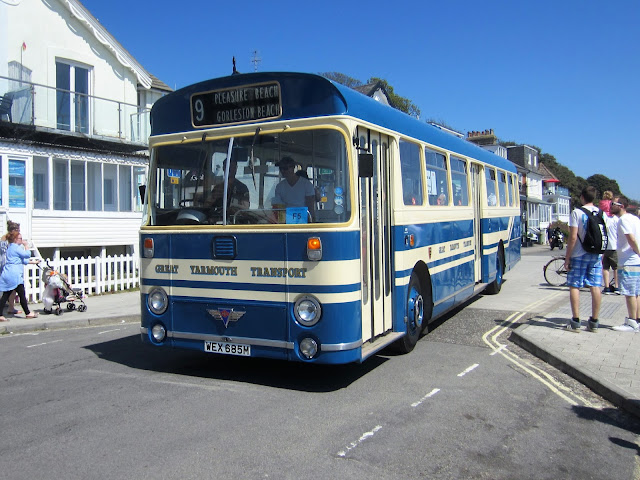 It was nice to see an 'old friend' in the shape of former Great Yarmouth AEC Swift WEX685M on its first year's outing in the sunshine. Not to be outdone, Lowestoft's YRT898H was also in attendance which was notable for catching fire whilst with the Corporation but rebuilt at Eastern Coach Works. 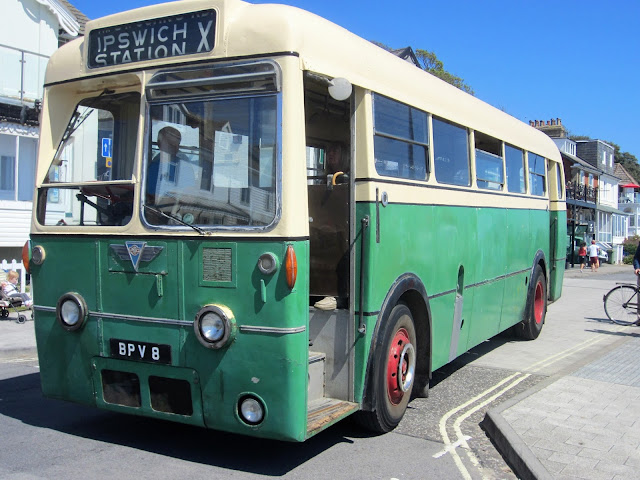 As in previous years, Ipswich was represented by John Bedford's AEC Regent III CDX516 but a surprise visitor was Park Royal bodied AEC Regal IV BPV8. New in August 1953, it was sold to Bickers of Codenham twenty years later. It is now privately preserved 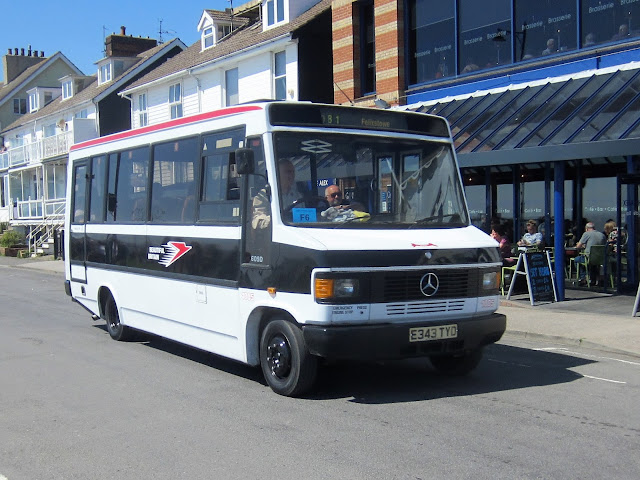 Also of interest was E343TYD , a Reeves Burgess bodied Mercedes Benz 709. Built in 1988, it was operated by Village Cars around Woburn and subsequently acquired by Felix of Long Melford prior to becoming part of Malcolm's Bus Service fleet. 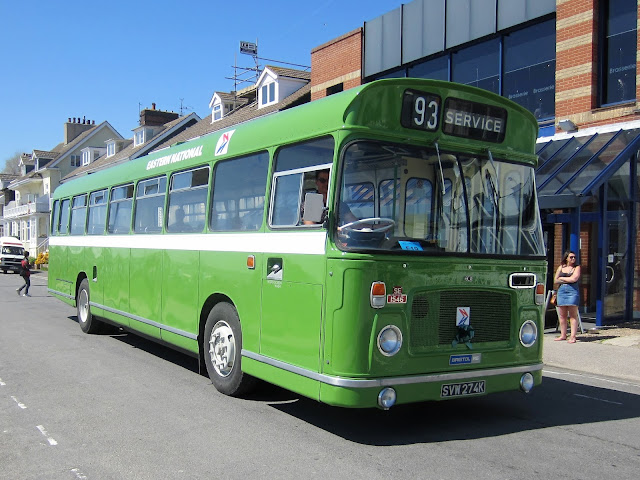 A number of Bristol RELL's were present including ex Eastern National SVW274K. New to the company as their 1546 in May1972. Withdrawal came in July 1985 when it was purchased by Essex County Council for non PSV use. Viv Carter subsequently obtained it and entered it into service by May 1994. A private owner acquired it for further preservation in mid 2013 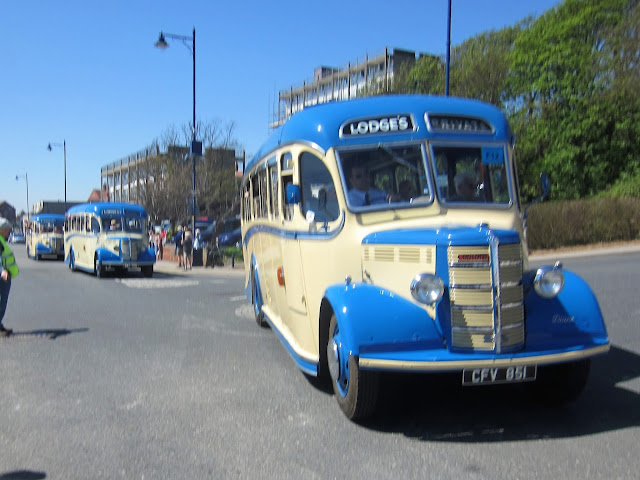 Chelmsford based Lodge's Coaches regularly attend the event when some of their old Bedford's OB's are on view. This year Duple bodied LTA752, CFV851 and TMY700 made the trip and were some of the last to arrive. The trio are pictured entering the display area. 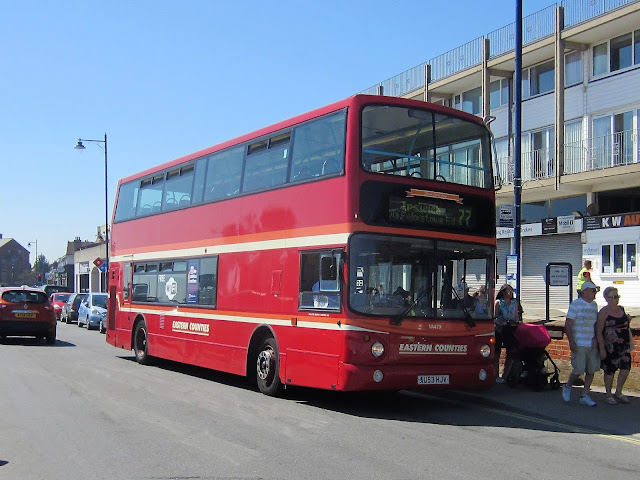 Finally, First Eastern Counties entered into the spirit of the event by providing Volvo B7TL / Transbus ALX400 AU53HJV 'James Long' for the 77 Ipswich to Felixstowe service.

Roy
Posted by eastnorfolkbus at 12:23