Yesterday saw film maker Danny Boyle assembling his crew to shoot some scenes for his latest film in the Pier Gardens area of Gorleston. 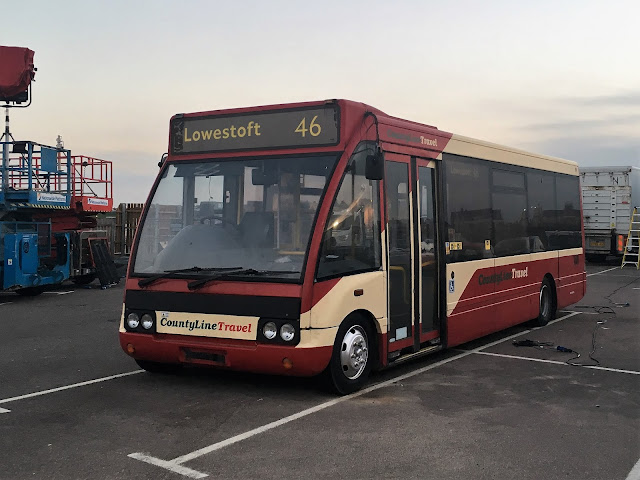 Grahame saw some online photos of the intense activity and thought he observed some bus involvement. Following his tweet I went to the area and saw that filming had finished for the day with the entourage camped in the car park behind the Pier Hotel. 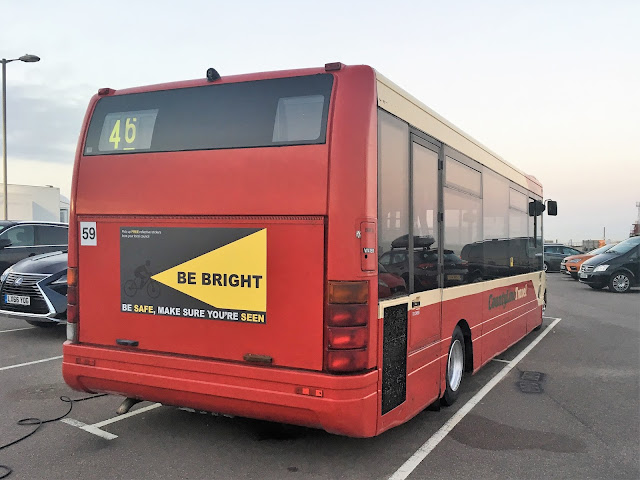 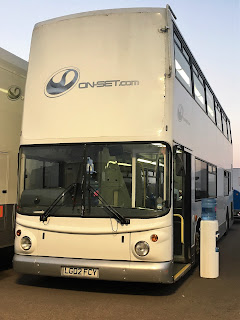 After a quick chat with one of the security guys, I was allowed through to take photos and immediately saw a Country Line Travel Optare Solo. It was very difficult to identify as front and rear number plates had been removed plus there was no such operator! With no legal lettering the only clue was fleet number of 59 on the rear.

Following some internet activity,.Grahame thought it might be former Halton Transport 59 LIG1677 as it is in the correct colour scheme, being only recently withdrawn. It was previously registered V274HEC and as such was new to Blackpool Transport. We would be pleased to receive any confirmation as to its correct identity.

Also on site was LG02FCY of On Set Location Services and was formerly a London United Dennis Trident / Alexander ALX400. It was to the operator in July 2002 wearing fleetnumber TA265. The company is a television and & film industry location facilities supplier.

Work is to continue next week with scenes already filmed in Lowestoft, Halesworth and at the James Paget Hospital in Gorleston