Saturday and Sunday saw the East Anglia Transport Museum hold their 1940's event and our regular Lowestoft reporter Simon Bartram has sent some photos of some of the buses in action. 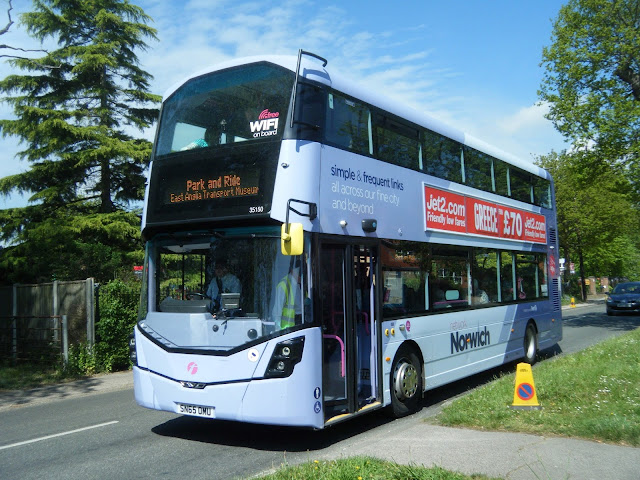 On Saturday the park and ride service between Ashburton Road and the Museum was provided by First Norwich Streetdeck SN65OMU, It is one of of two Norwich received from First Bristol during mid March. 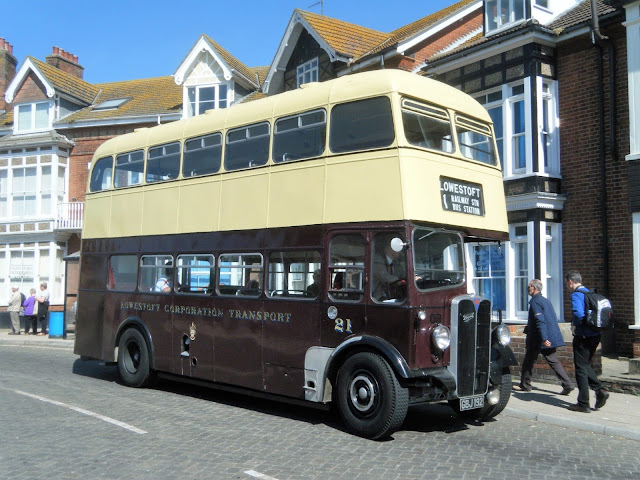 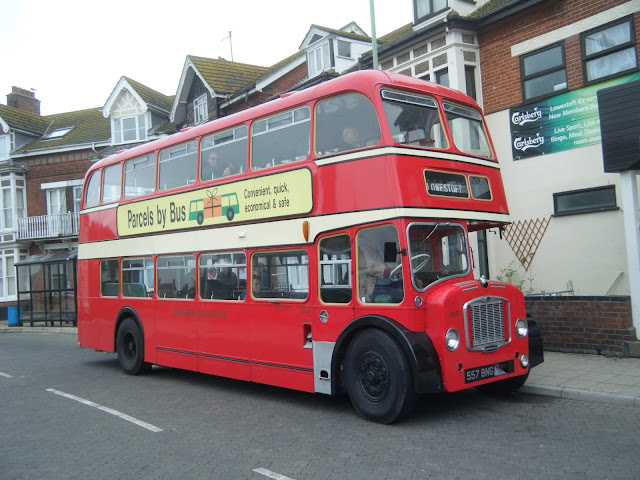 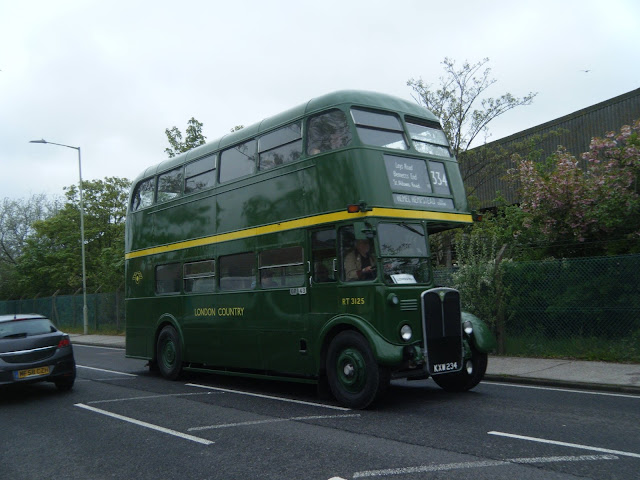 The final photo is of another AEC Regent in the shape of ex London Country KXW234 on Waveney Drive in Kirkley.

My thanks to Simon for the photos.

Roy
Posted by eastnorfolkbus at 20:01