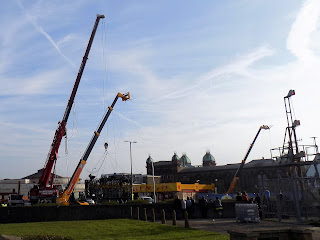 Our roving reporter Reg Vardy has contacted me to say that the stunt team are preparing for tonight's shooting of the next scenes for the latest Danny Boyle film in Gorleston's Pier Gardens. It also seems that lighting has been placed in cargo nets hanging on cranes overlooking the site

The Optare Solo seems to be part of the action tonight and we have it confirmed by a member of the PSV Cirle that it is former Halton Transport 59 LIG1677. It has been sold to a company in Berkshire reverting to its V247HEC registration 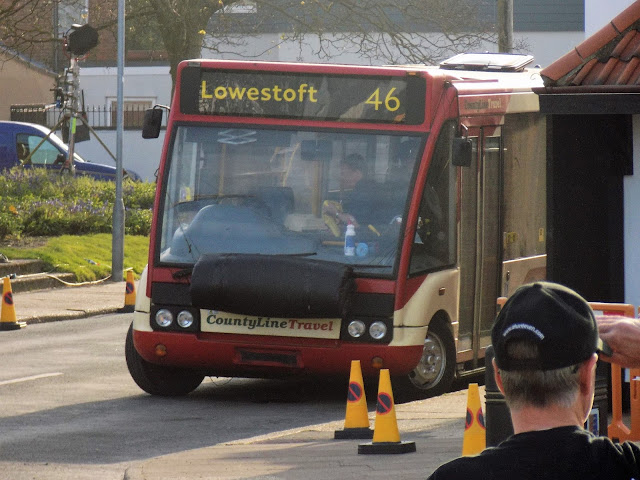 However, Reg's pictures from this evening show it is still not carrying a registration on the front of the vehicle, but the rear features a FN55ORJ plate. That shows on the internet as being the registration of a Vauxhall Astra police car which was being used for filming purposes. 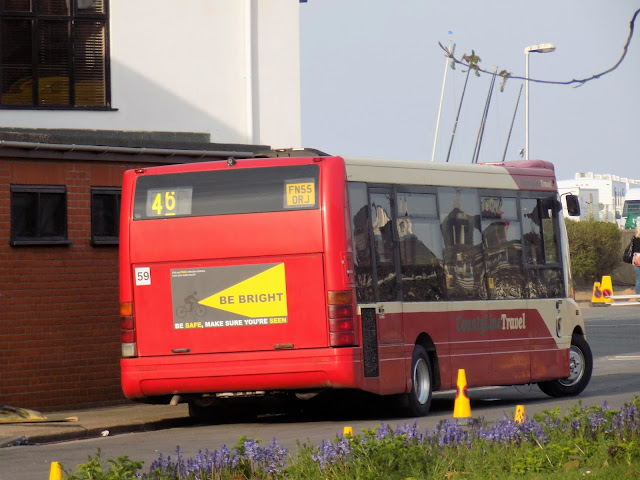 My thanks to Reg for the information and photos

Roy
Posted by eastnorfolkbus at 21:27