With the sun out, and the need to update my photographic collection of Lowestoft based buses, I headed south yesterday to Lowestoft. My arrival at the bus station was greeted with a cacophony of sound from the seagulls resting at the neighbouring church - the noise continued throughout my visit!! 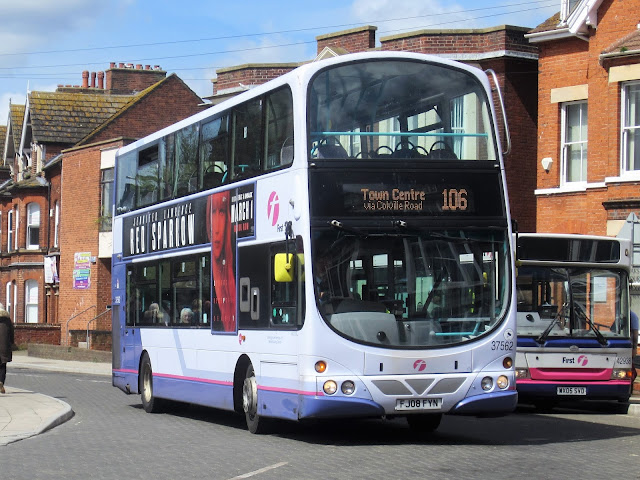 To return to the subject of buses, my first photo is that of First Great Yarmouth's Gemini 37562 (FJ08FYN) arriving at the Gordon Road terminus with the 106 town service from Oulton Broad. 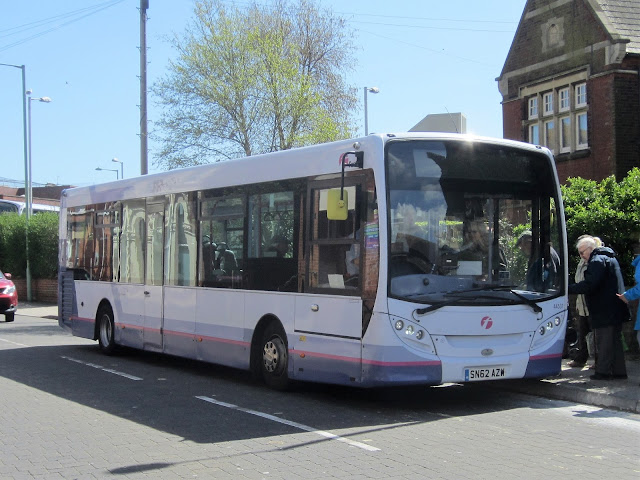 The main reason for my visit was to obtain photos of the three recently arrived Enviro 200's from West Berkshire. I did observe two of trio but only 44531 (SN62AZW) caught my camera's attention! 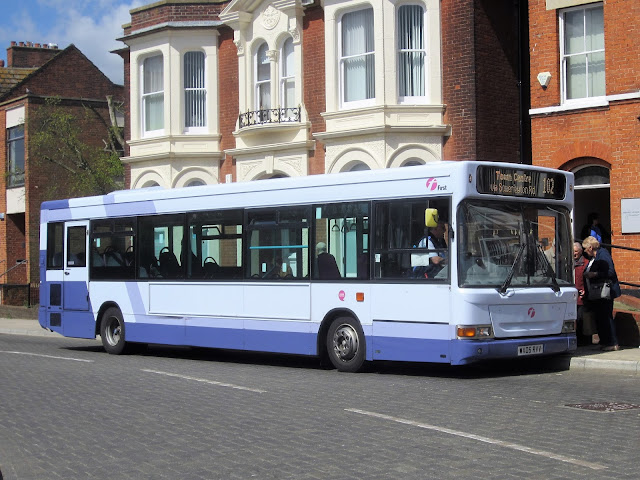 Some of the 2005 registered Darts SLFs have been treated to a repaint with 42911 (WX05RVV) being noted in its new coat - although it has since received a small dent in the offside skirt. 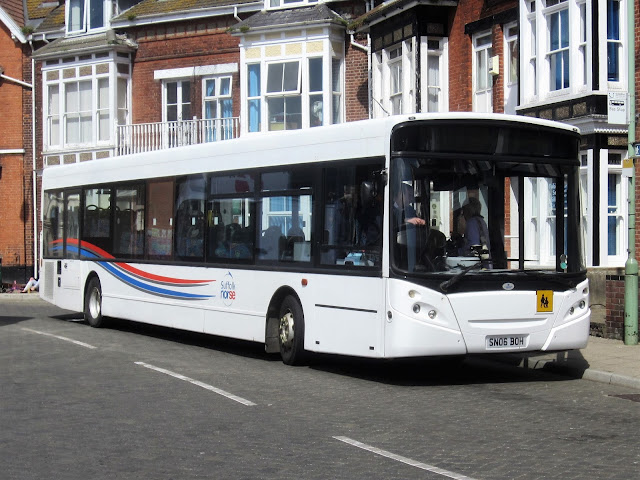 With Anglanbus/ Konectbus disappearing from the scene, things appear a little mundane now; although the monotony was broken with the appearance of Suffolk Norse's Enviro300 SN06BOH on the 107 to Gunton and Ambassador Travel's FJ09DXC on the 491 to London. 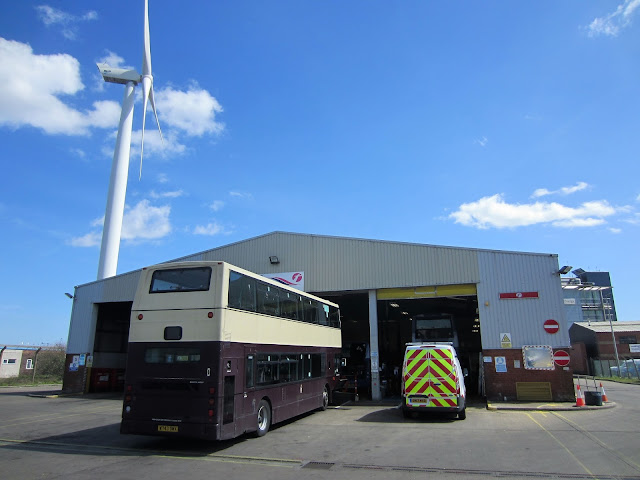 I then looked in at First Lowestoft's Gas Works Road depot to see if any of the newcomers were present. There was one in the rear yard, minus its front skirt, but it was 44513 (DK57SXG). Meanwhile, at the front of the depot was Lowestoft heritage liveried  ALX400 30888 (W743DWX)