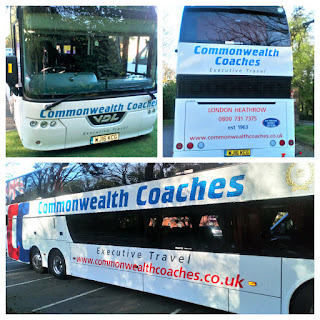 Robert Kelly contacted me early this morning to tell me of a double deck coach unusually parked at the Foxburrow Hotel on Foxburrow Hill on the A47 in Lowestoft.

It was a VDL 93 seater from Commonwealth Coaches of Iver in Buckinghamshire. WJ16KCG was new to the company in June 2016 built to a CH69/24Dt configuration. It was thought to have been in the area due to the Great Yarmouth Area Rugby Tournament being held over this bank holiday weekend.

My thanks to Robert for the photos

Roy
Posted by eastnorfolkbus at 17:42