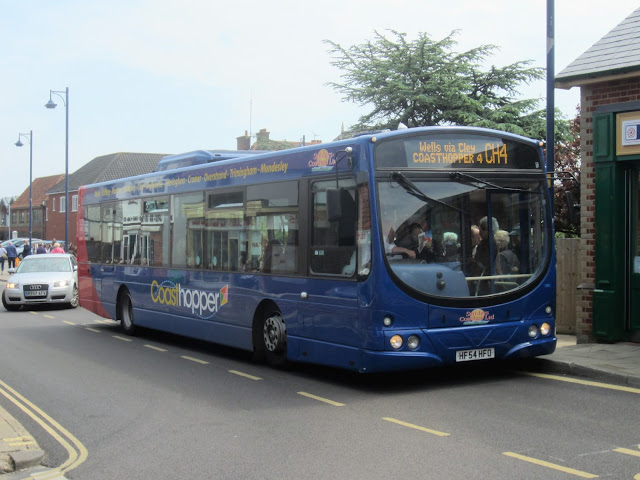 As you will have seen from Grahame's report of 22nd May 2018 (Sanders Coasthoppers Fleetlist) Sanders Coaches have acquired a dozen Volvo B7RLE's from Go Ahead which are being used in their former owners livery with Coasthopper branding and, naturally, Sanders fleet names. 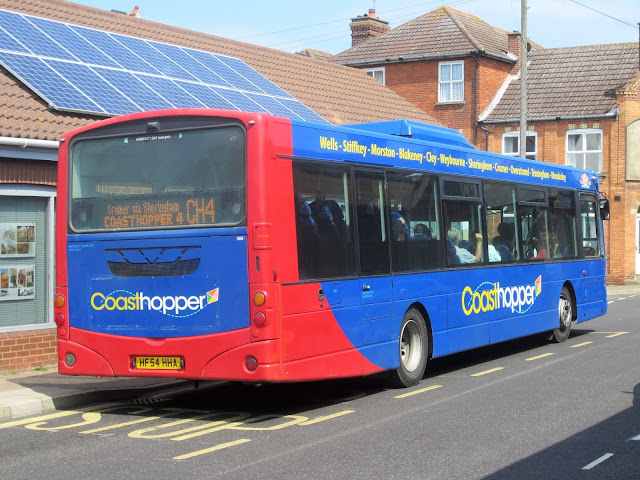 I photographed five them in use at both Sheringham and Cromer and it was interesting to note that some had their rear destinations in use as well. 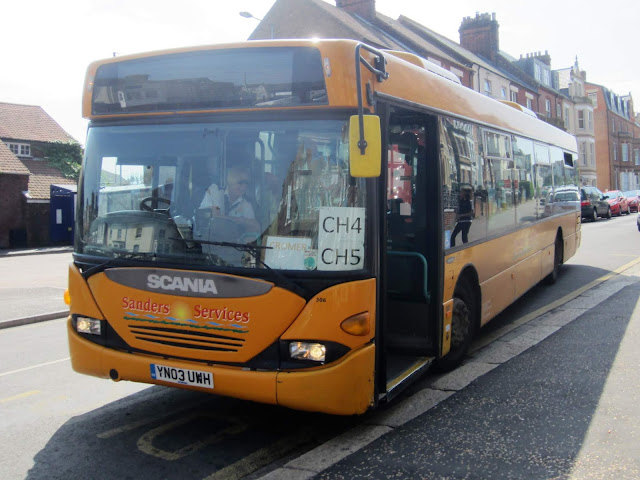 Later in the afternoon, I observed Sanders Scania CN94UB OmniCity YN03UWH at Cromer deputising for a Coasthopper branded bus. 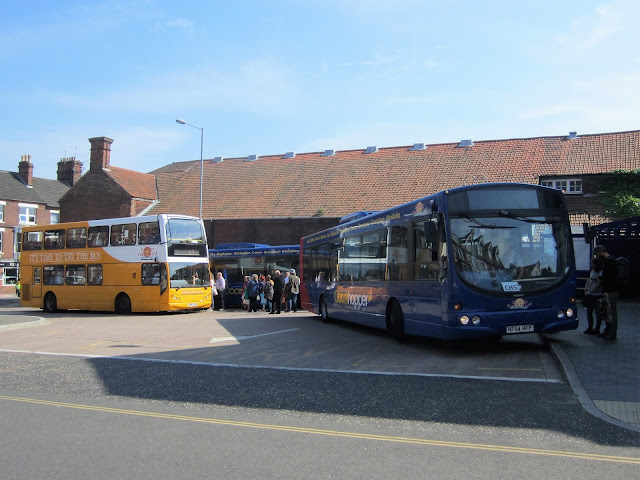 It was good to see the service being relatively well used and I finish off this post with a picture showing a comparatively busy period of activity at Cromer Bus Interchange.

Roy
Posted by eastnorfolkbus at 16:50