On Sunday evening I had a quick look in at Great Yarmouth's Beach Coach Station and found an old friend present. Grahame posted last month (Where Are They Now- KIG1856) that two former Ambassador Travel Volvos had joined the Isle of Wight fleet of ALS Travel. 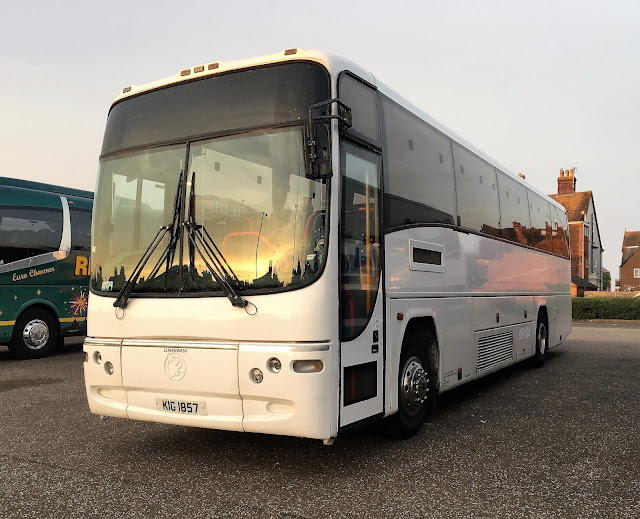 However, last night KIG1857 was back in town! Both KIG1856 and KIG1857 were new to Ambassador in November 2002 as FN52HRG and FN52HRN respectively for National Express work. Both received their new registrations in early 2012. 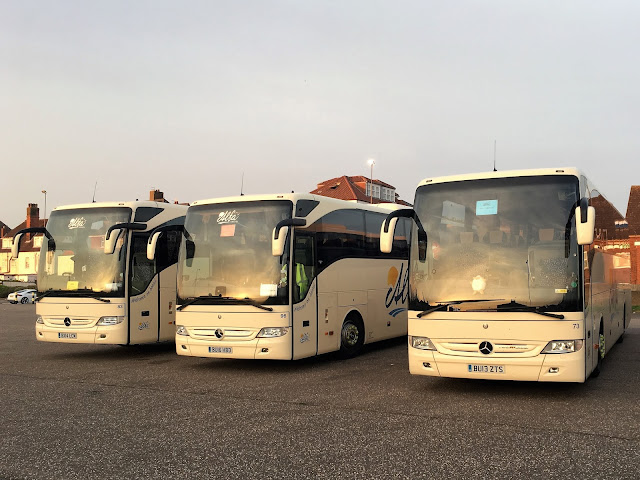 Roy
Posted by eastnorfolkbus at 22:34