Norwich City Centre was quieter yesterday than a normal Saturday - had it got something to do with a certain football match I ask? 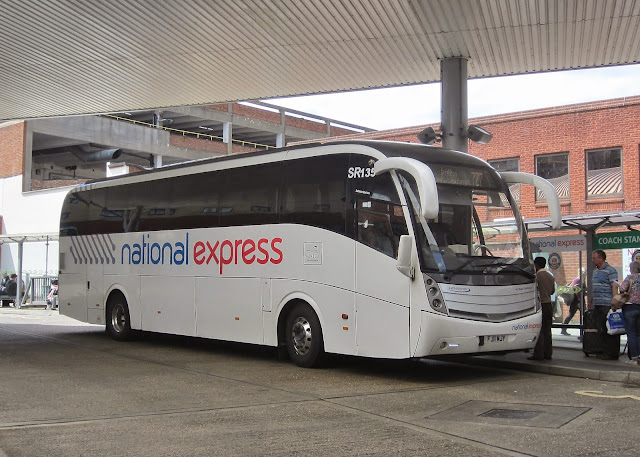 It was the same with unusual bus activity too, as my stint in Norwich Bus Station yielded only a National Express coach I hadn't photographed before. It was in the form of Caetano Levante bodied Volvo FJ11MJY on the 727 service to Brighton via Gatwick Airport. Ten minutes earlier the stand was occupied by Freestones Scania YN08JBX on the Megabus M16 route 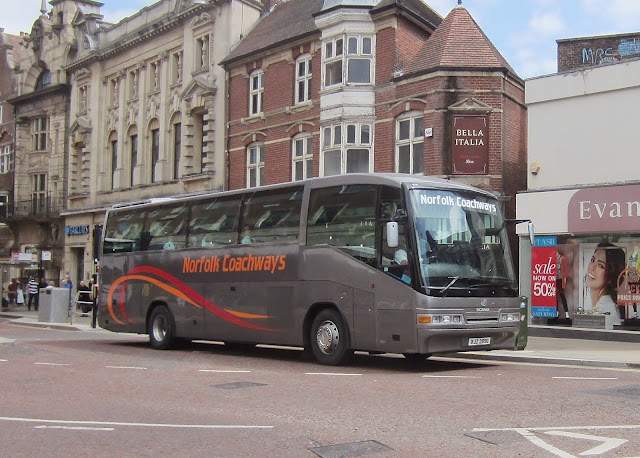 So, with Norwich making the final of the Championship play-offs will they grab the last place available to play in the Premiership next season?

Roy
Posted by eastnorfolkbus at 11:41