We used the park and ride which is located close to the M275 at Tipner, just outside Portsmouth. The site opened in April 2014 at a cost of £28 million and looks quite impressive. Three specially branded First Solent ADL Enviro400s operate the service and we travelled the the whole length of the route to the Hard Interchange, the city's main bus station. 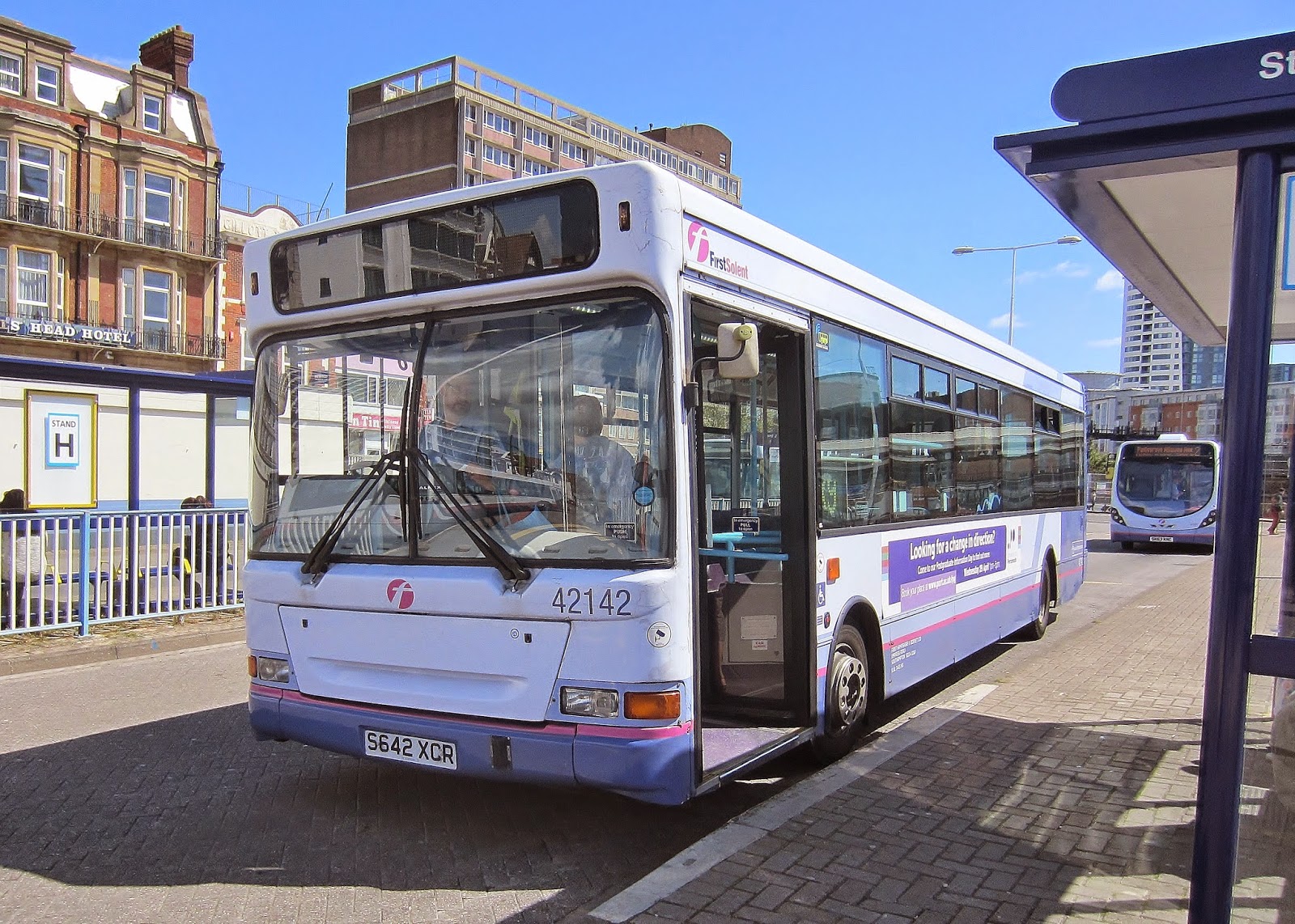 It was here that I took a few photos of bus operations prior to visiting the Gunwharf Quays Retail complex. One of the pictures included Dennis Dart S642XCR in the revised First livery and there were StreetLites galore at the bus station 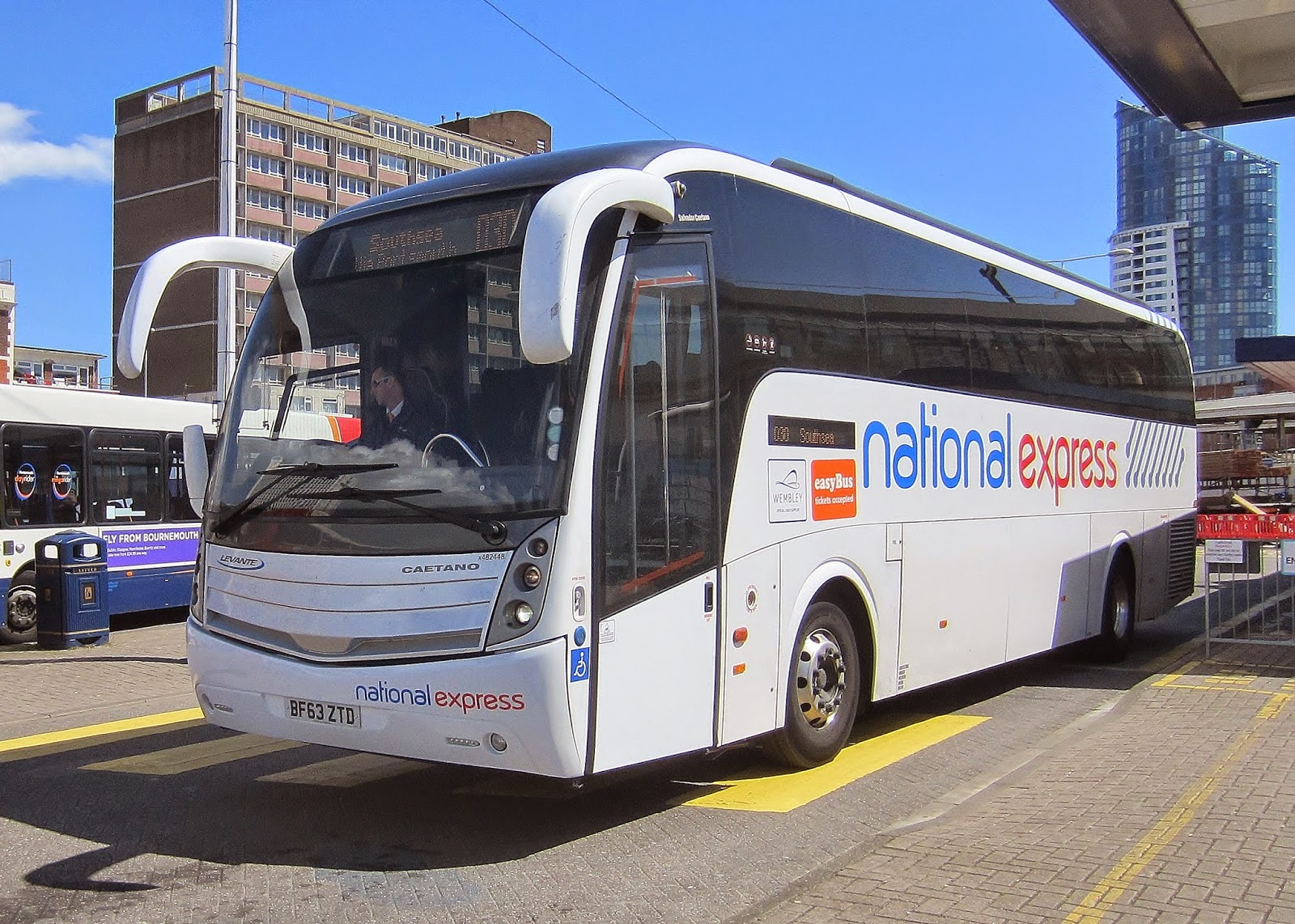 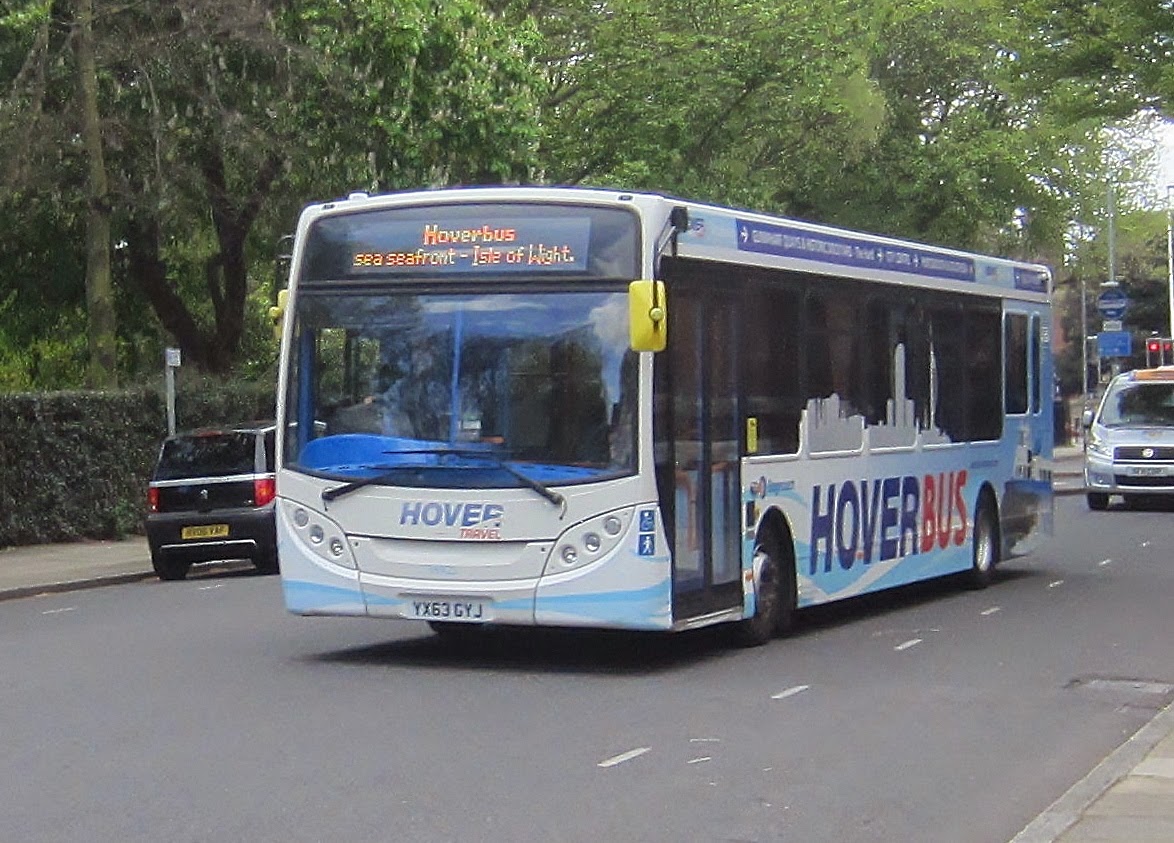 Although First appears to be the main operator Stagecoach also has a significant presence. The latter also operates a special Hoverbus service in conjunction with Hovertravel which connects Southsea Hoverport with Portsmouth Harbour and the main railway station 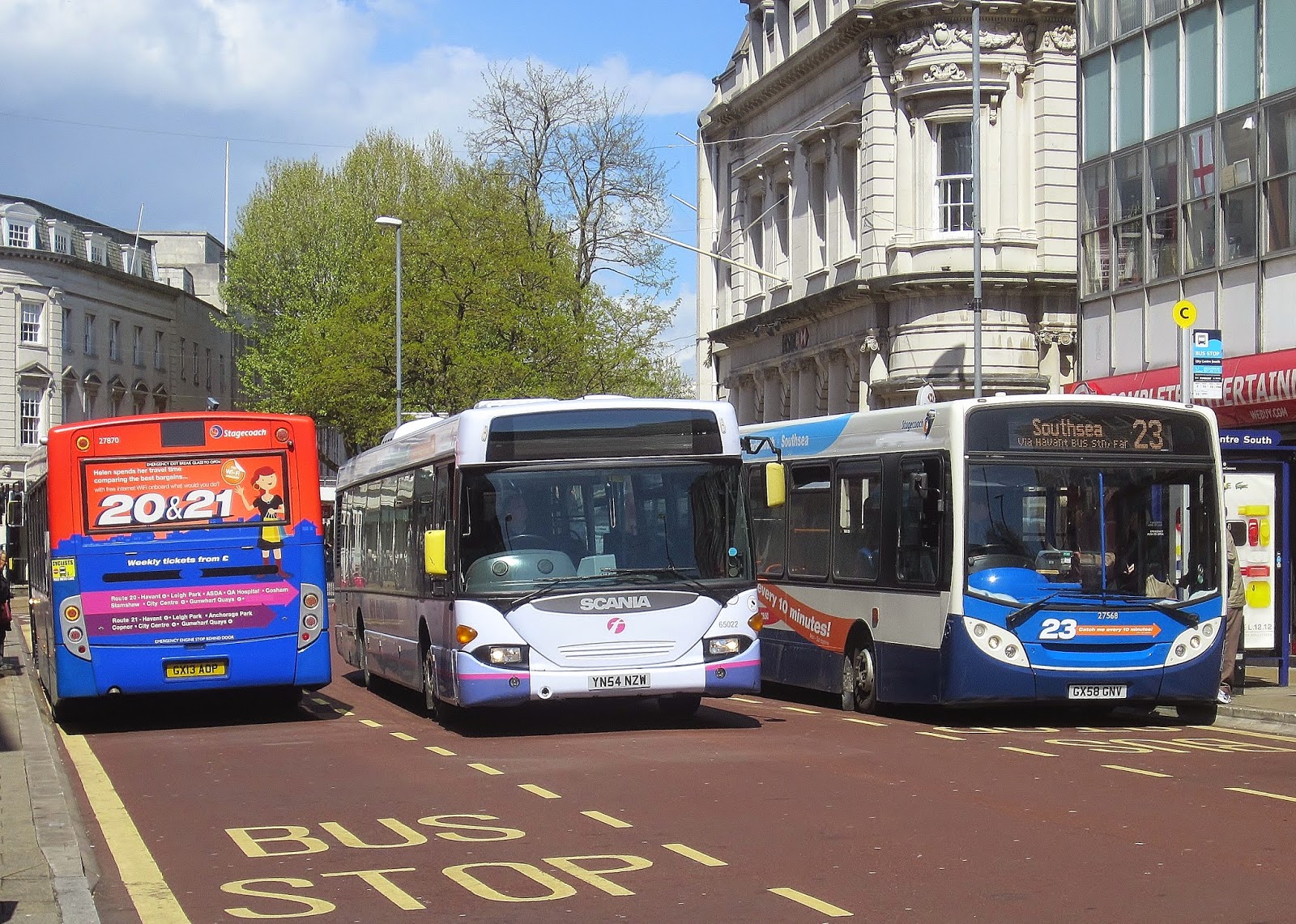 We then returned to the P&R service which dropped us of close to the centre (the £3 ticket also included a ride out to Southsea if required - good value for a car full!) 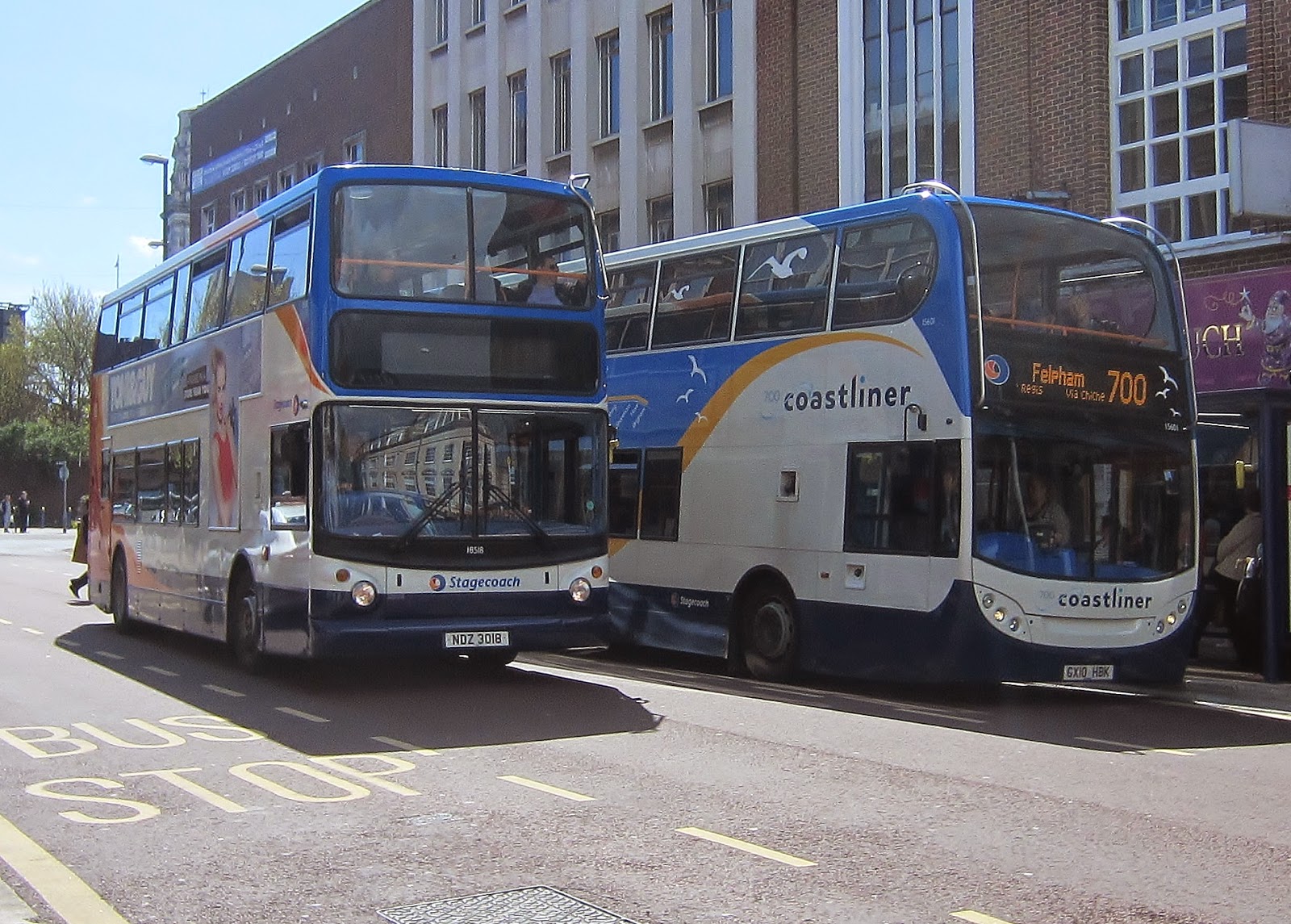 Whilst some retail therapy was required I decided to concentrate of activity in the town centre concentrating on commercial Road/ Edinburgh Road area. It was here that I observed a decker with a dateless registration on Stagecoach's 700 service - ADL Enviro400 NDZ3018 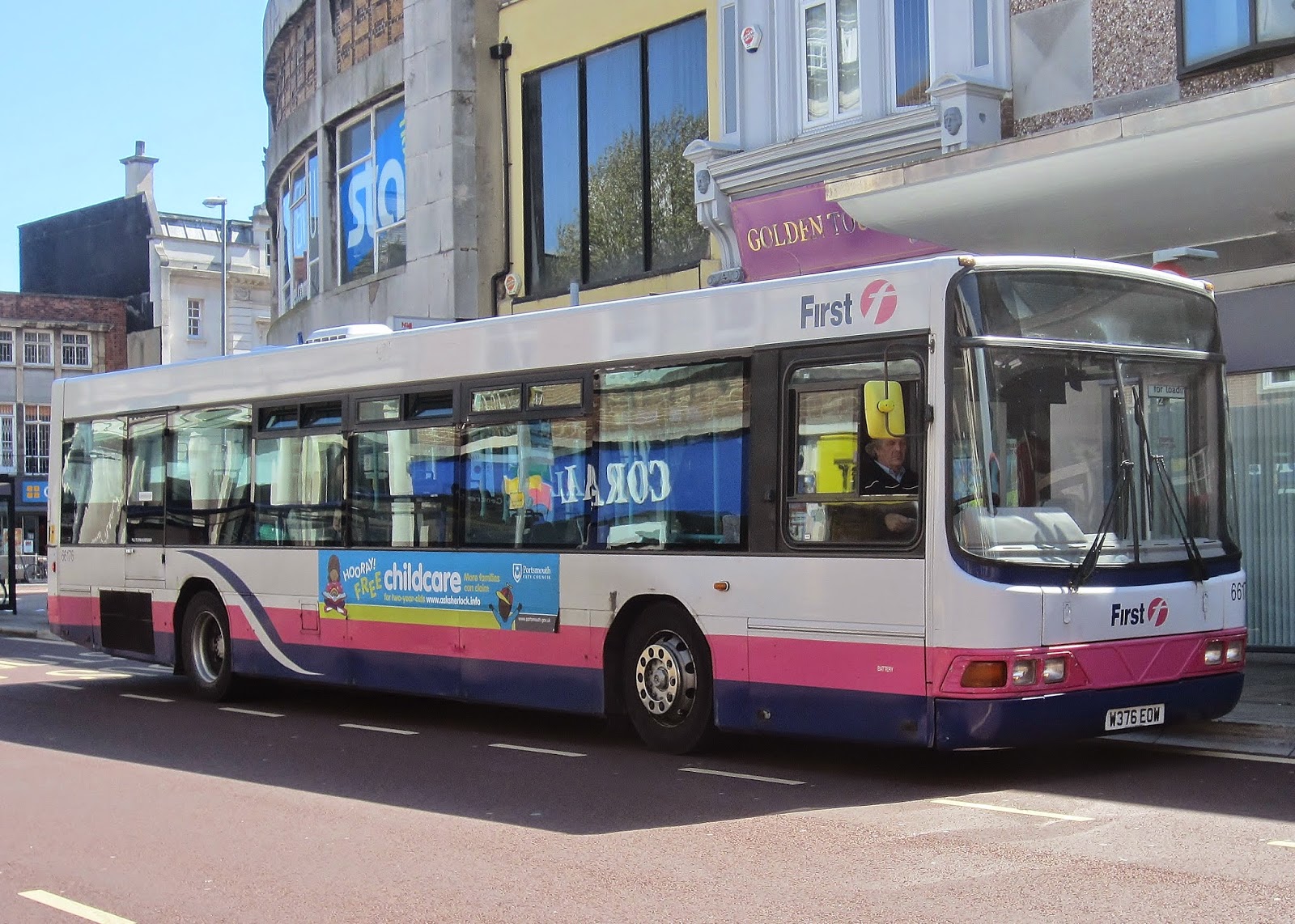 I also did a double take of one of the First buses as Wright Renown bodied Volvo B10BLE W376EOW was captured on film at Edinburgh Road - it was only one digit out from W377EOW which was based at Caister Road! 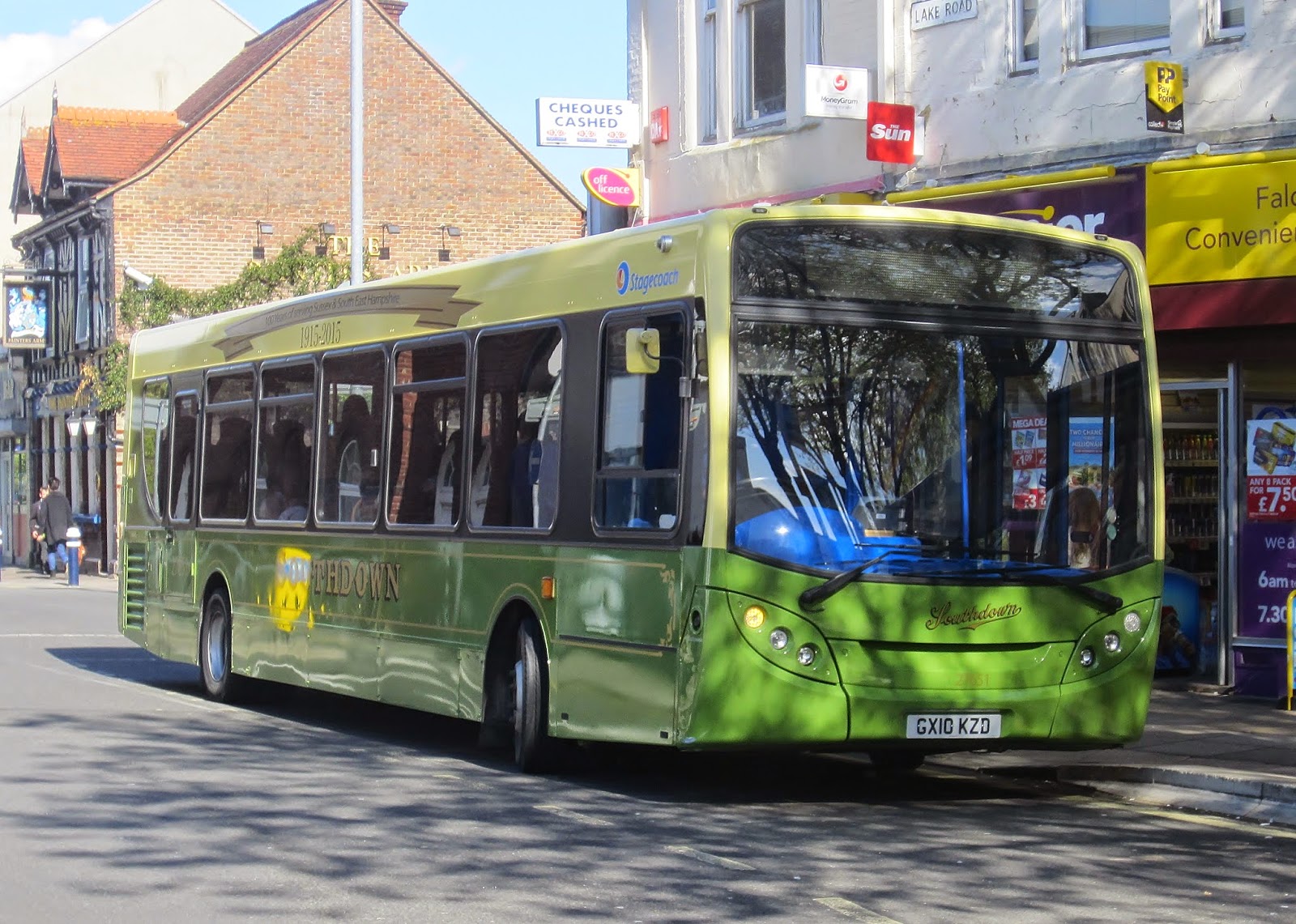 After some time being left to my own devices, I was called upon for backpacking duties! Following a well earned cuppa we did some last minute shopping passing through the market. Nearing the end of the market I thought I saw a single decker in a greenish livery. It was none other than Stagecoach Alexander Dennis Enviro300 27651 GX10KZD in Southdown heritage colours

Satisfied with our haul for the day we returned to the P&R service and I grabbed the front seat for the journey back to the car park.

An excellent day out was had by all!
Posted by eastnorfolkbus at 12:59