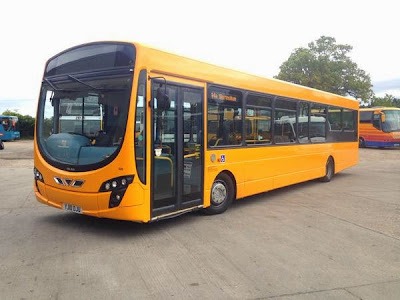 The vehicle is registered YJ10DJU and is a Wright Pulsar 2 bodied VDL SB200 delivered new to Manchester Airport in March 2010. In plain white livery, it was used for shuttle duties between its car parks and the main airport terminal.

Roy
Posted by eastnorfolkbus at 14:12