This week's 'Throw Back Thursday' looks at Eastern Counties' Bristol 'Lodekka' FLF6Gs - known as the FLFs. Eastern Coach Works built them with H38/32F bodies with Eastern Counties beginning to introduce them into the fleet from 1966 onwards 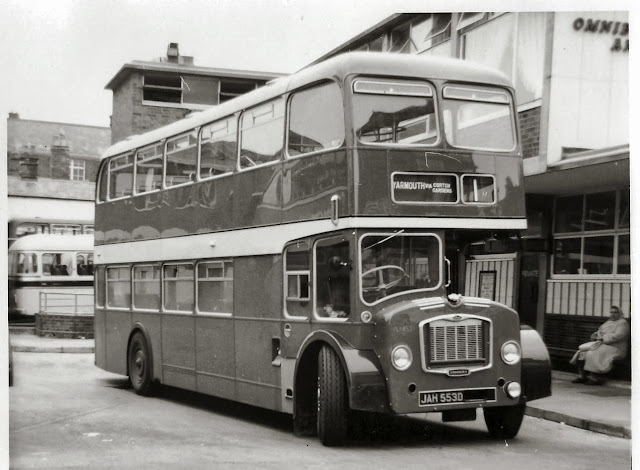 Regular contributor Jim Long tells me that FLF453 JAH553D was a visitor to Beestons depot at Hadleigh yesterday. He remembered taking a photo of it when brand new working the Great Yarmouth to Lowestoft route. The photo was taken at Eastern Counties Wellington Road Bus Station on 21st July 1966. As you are probably aware, the bus is now owned by Stagecoach and forms part of their heritage fleet 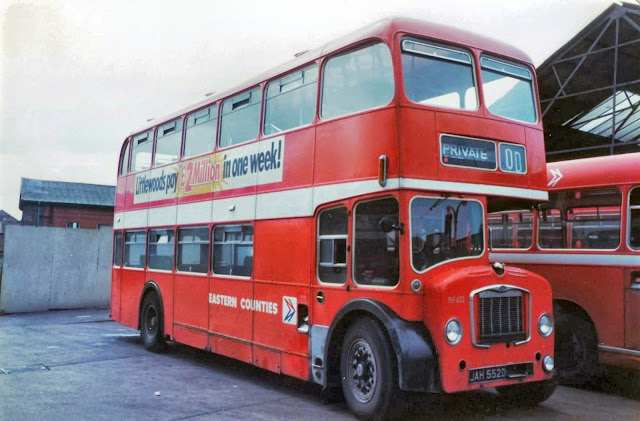 He also photographed FLF452 JAH552D when it visited Ipswich back in April 1982. The Lodekka, pictured at the Old Cattle Market, is also with Stagecoach but now in open top form in Stagecoach livery

In 1973, Eastern Counties were involved with the FLF/VRT exchange with Scottish bus operators which saw some heading north of the border.  Not all of the VRs involved entered service with Eastern Counties as some were exchanged with FLFs from Eastern National and Lincolnshire Road Car Company

Many thanks Jim for the photos and the memories