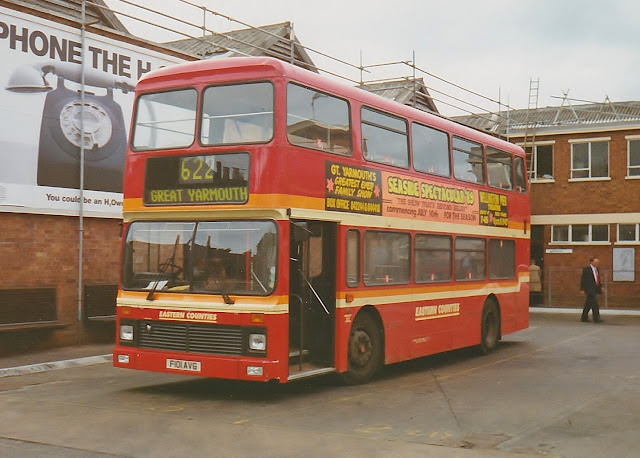 Complete with post NBC Eastern Counties colours, it has just returned on a 622 service from Hemsby Beach

It was one of a batch of five new to the company in April 1989 and was based in the town for a while. So much so, it received First Blue Bus livery as well which can be viewed here

On renumbering into the First series, it received the fleet number of 34821 and in later years was based at Kings Lynn

Residential development now occupies the site of the depot and bus station
Posted by eastnorfolkbus at 09:30