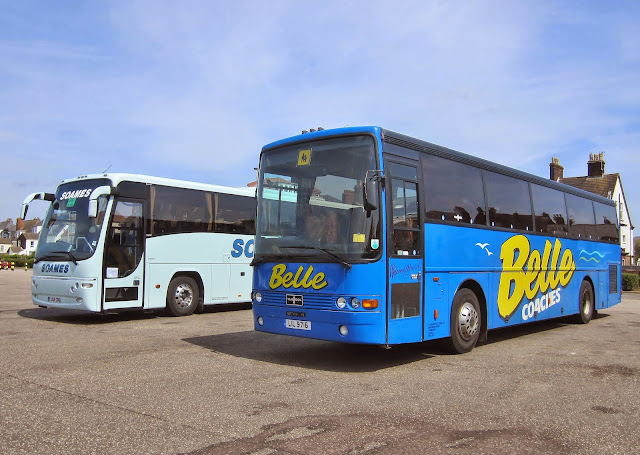 Heading to Market Gates, it definitely seemed that many bus enthusiasts were out today enjoying their hobby in the good weather

On my way to meeting up with SteveW, I came across Syd Eade getting ready to take a photo of the bus arriving for the 71 service to Wroxham operated by Konectbus. With Optare Tempo 303 AU08DKN coming into view, we finished our chat and I headed over to Steve 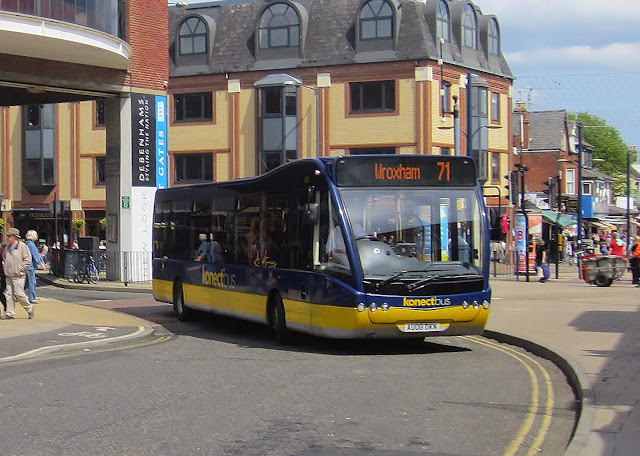 Steve also wanted a picture of the 71 working, so we both got ready to take the photo. I took mine as it left the bus station whilst Steve thought he would wait for it to get a little closer. The click of his shutter was followed by some cursing as he didn't quite get his shot! The shot above is the one he missed. 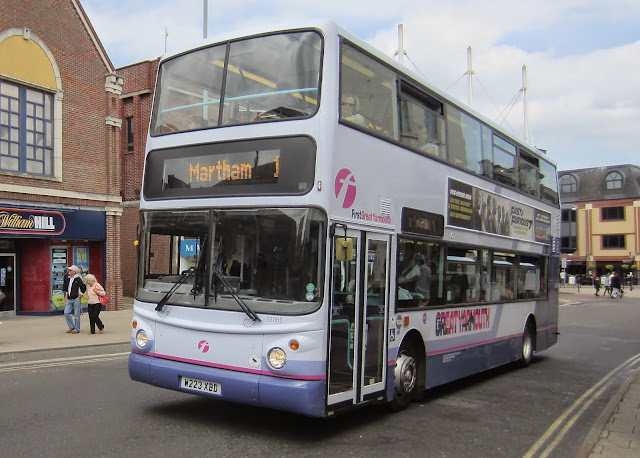 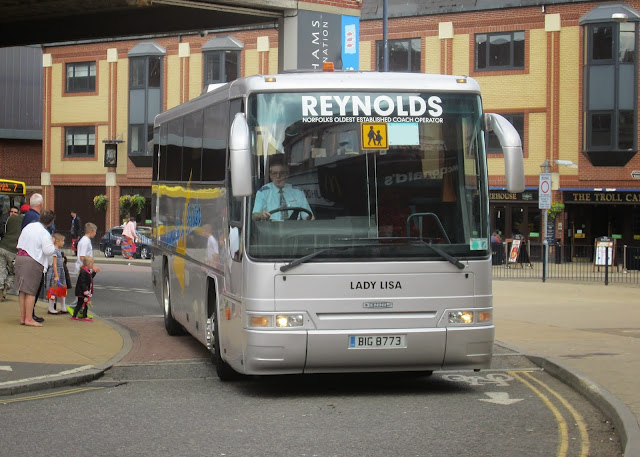 Towards the end of our stay, I caught Caister-on -Sea based Reynolds Coaches' Plaxton Prima bodied Dennis Javelin BIG8773 exiting Market Gates Bus Station having just completed a schools duty. As usual with Reynolds' vehicles, they are named after a lady and this was no exception as it displayed the name Lady Lisa

We bayed our farewells and, upon retracing my way home, I saw a couple of bus photographers clicking away. They were boyfriend and girlfriend and I introduced myself. The boyfriend said that he had regularly visited the blog for many years now and its good to know that its being well received!
Posted by eastnorfolkbus at 18:10