Today I thought I would compare express operations on the Great Yarmouth to Birmingham corridor. Megabus runs through to Cardiff whilst the National Express route continues to Birkenhead 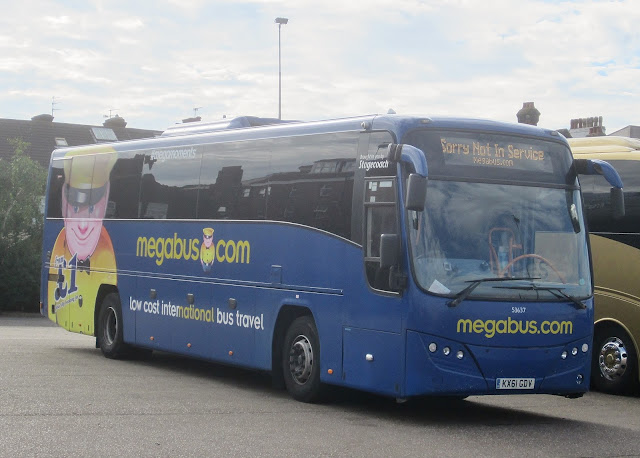 This morning the former was using Plaxton Panther 2 bodied Volvo B9R KX61GDV on its M37 Cardiff service. New in October 2011, as Midand Red South's 53637, it is seen above at Beach Coach Station well before its departure time of 09:30 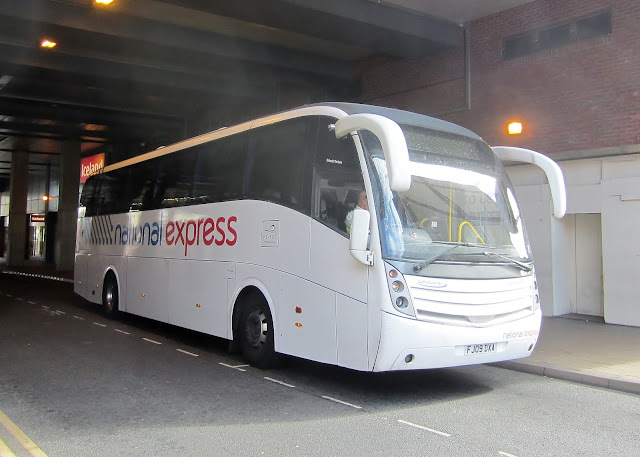 Meanwhile, getting a head start from Market Gates was the National Express 308 service with Ambassador Travel's Scania K340/ Caetano Levante FJ09DXA in charge. The 308 departs almost an hour earlier at 08:35.

It is understood that the 308 is to be altered in September and will terminate in Birmingham as National Express attempts to compete with Megabus. The latter, however, is currently only committed to operate from Great Yarmouth until October