The morning started dry and bright but by 9am it was overcast and the rain had started. It continued through most of the day although your intrepid explorer decided to brave the elements at just before 2pm

Upon entering the display area I enquired how many attended - sixty was the reply but many have already left for home!

Many of the entrants were either Southdown or London Transport orientated and have been featured before. So this year's report concentrates on the other operators 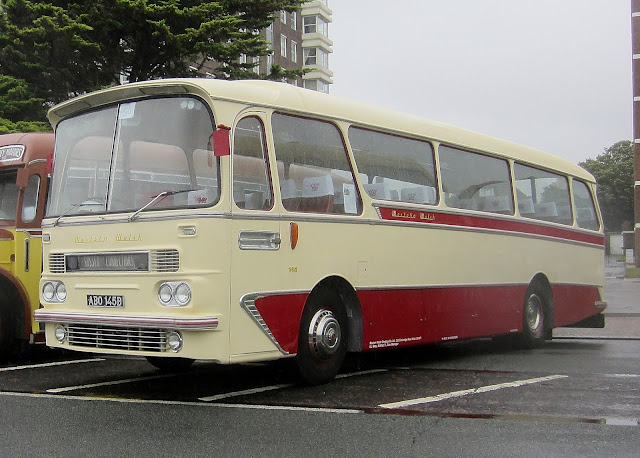 The first of these was ABO 145B an AEC Reliance /Harrington Grenadier new to Western Welsh in February 1964 as their 145. 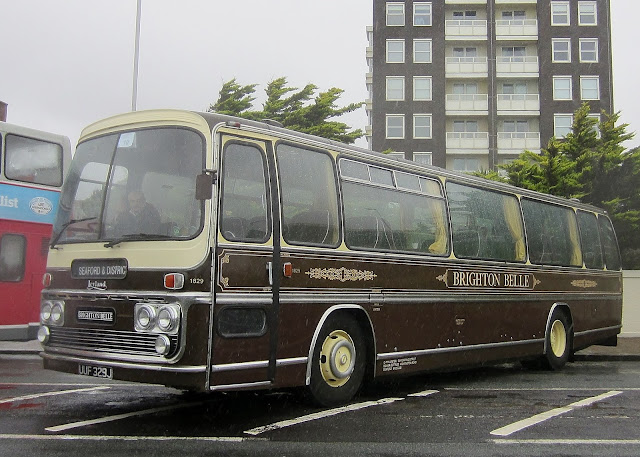 Seaford and District was showing UUF 329 J - "Brighton Belle" a 1971 Leyland PSU3BR/4R Leopard with Plaxton Elite luxury touring bodywork. The coach has only 28 luxurious seats and would normally accommodate 53 people. 'Brighton Belle' was operated by the former Southdown Motor Services of Brighton, and is in "Pullman" chocolate and cream livery. 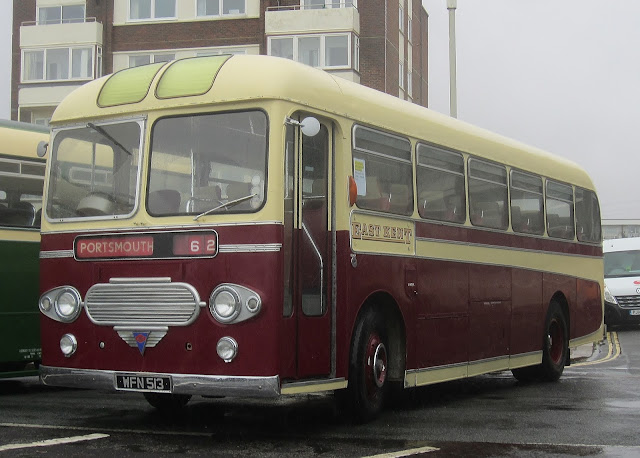 Another AEC product on view was that of former East Kent WFN513. Shown in that livery it is a 1961 built Reliance 470 with Park Royal 41 seater dual purpose bodywork. 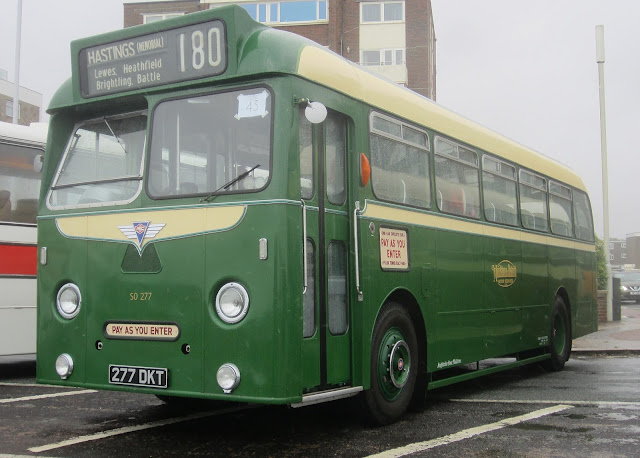 Maidstone & District vehicles often appear at the Gathering and this is a Park Royal-bodied AEC Reliance 277DKT. New to the company in June 1959 it carries fleet number SD277 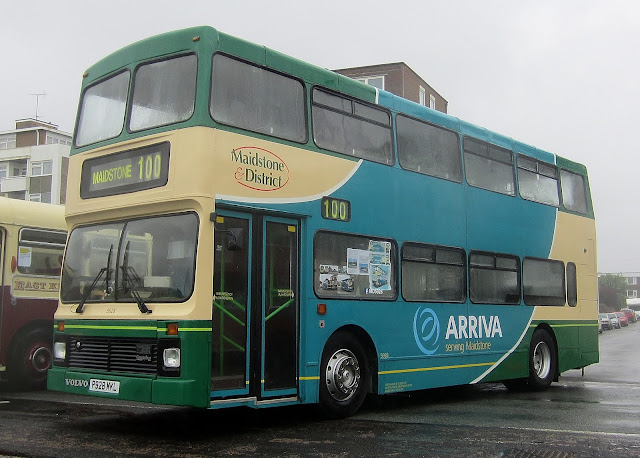 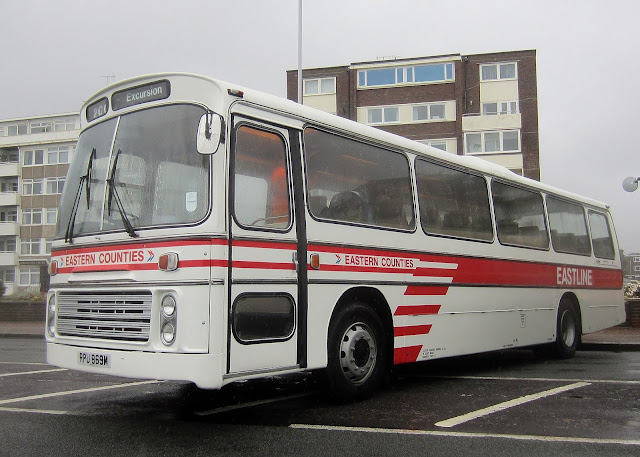 A surprise find was this Eastern Counties ECW bodied Bristol RELH RPU869M with Eastline branding. New in May 1974 to National Travel South East, it moved to Eastern Counties some four years later when it received fleet number RE849. In September 1984 it moved to Ambassador Travel and stayed for eight months before being sold to dealer. It then passed to a number of owners including Shearings, Rose Hill Coaches and Northern Bus Company of North Anston. It was there where it was withdrawn after catching fire at the beginning of 1993 but repaired and reinstated two months later. It was subsequently acquired by a Hastings preservationist by January 2007 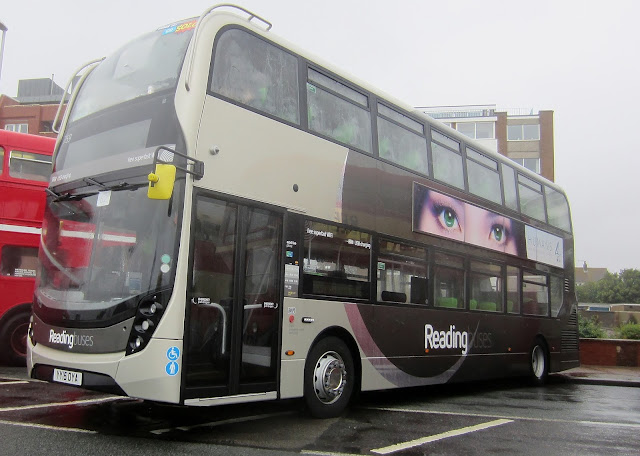 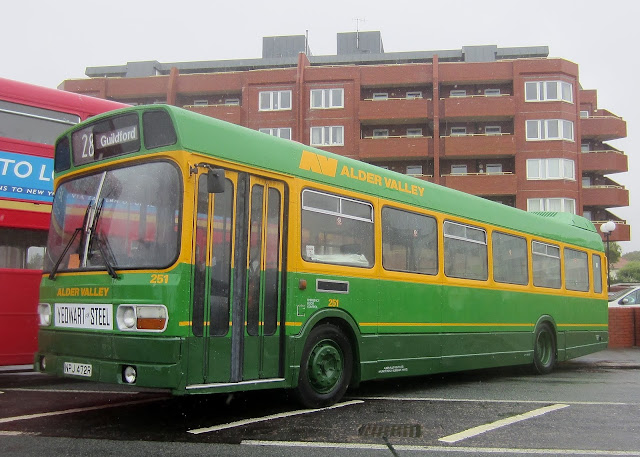 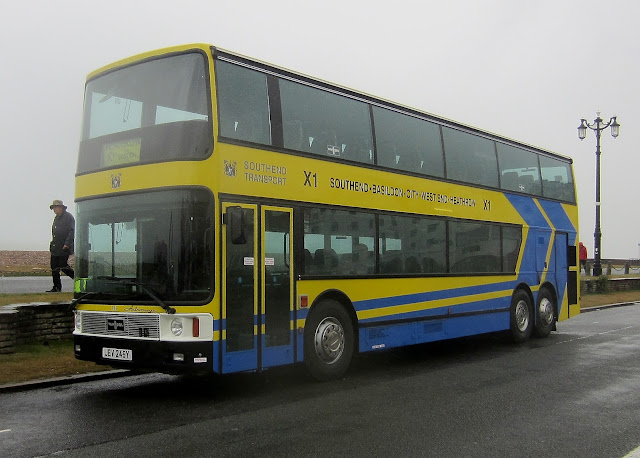 Another East Anglian representative was Southend Transport Van Hool Astromega JEV245Y. It was new in April 1983 and was acquired by Ensign earlier this year following service with Fords of Althorne 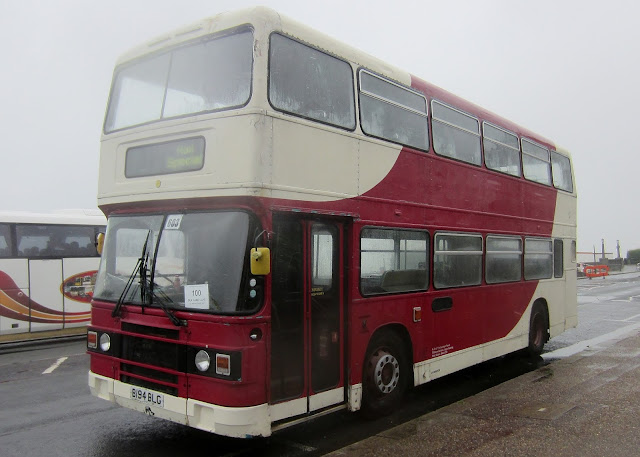 The final bus is that of Southern Transit's Leyland Olympian/ECW B194 BLG which was acquired from Axe Valley Buses in May 2013. It was new to Crosville in March 1985 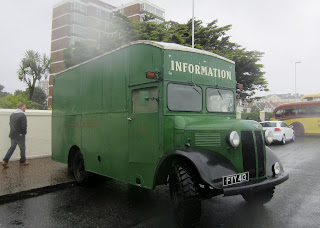 Last but not least is this 1940 Austin K2 registered FYY413, complete with trafficator ears. Whilst in London Transport green, it was never owned by London Transport. Apologies for the poor quality photo as, by then, the rain was getting the better of the camera and me!

I hope you enjoyed this photo special and let's hope that next year we are blessed with better weather and that I don't get soaked to the skin!

Roy
Posted by eastnorfolkbus at 14:18