I headed over to the fine city this morning to witness the 'goings on' and first looked in at the Rail Station site at Thorpe but unfortunately nothing out of the usual was taking place. I decided not to walk to the city centre but to catch a bus just as Gemini 36167 BD11CFM was about to depart on the 25 route 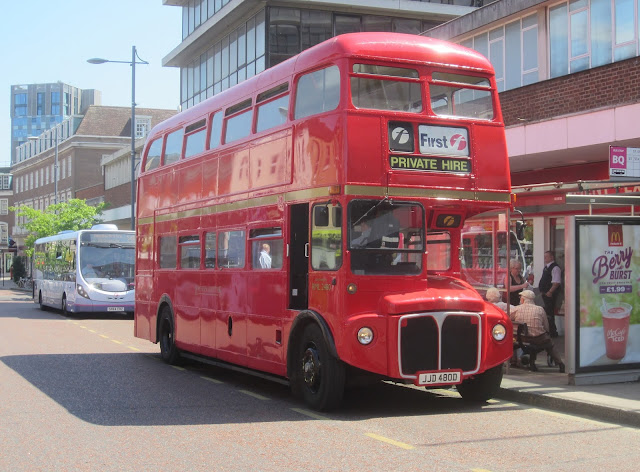 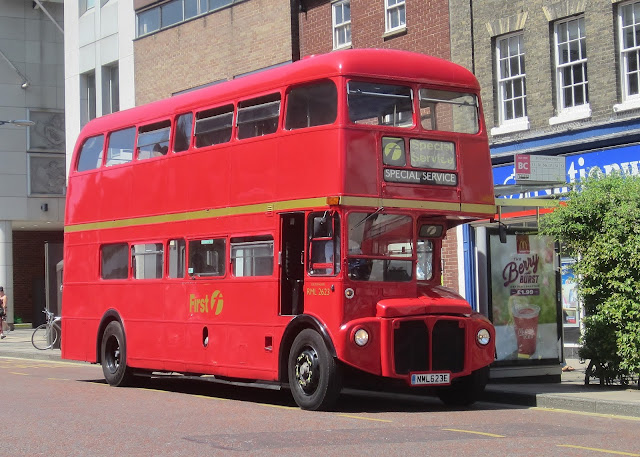 I was then unexpectedly surprised by First's other Routemaster, NML623E, heading in the opposite direction along St Stephens but a quick sprint enabled me to get a photo 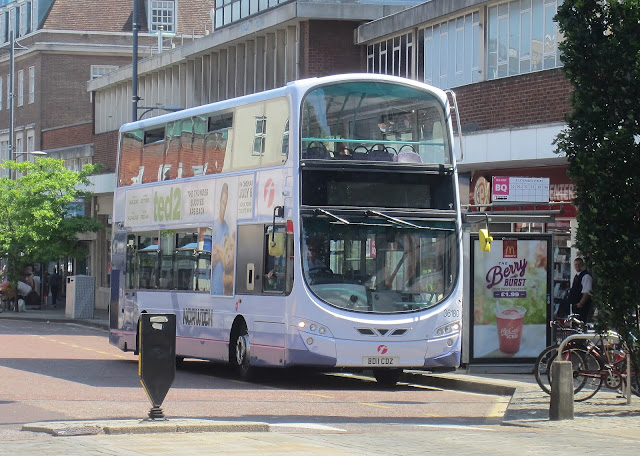 The new breed also contributed to the 100 workings and to prove my point Gemini 36180 BD11CDZ was next on the stand for the Royal Norfolk Show. Some of the 'new' StreetLites also worked the service at around lunchtime 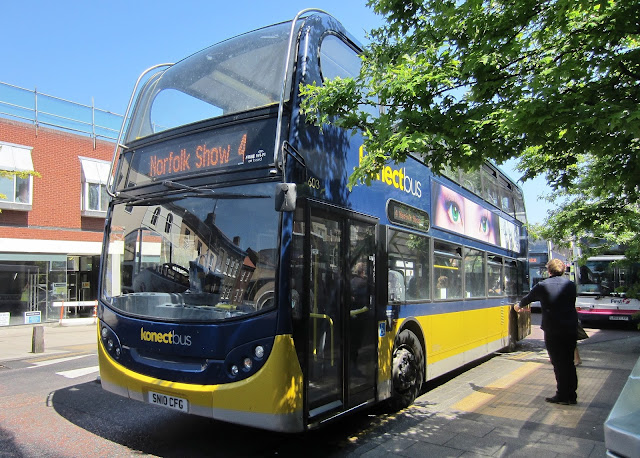 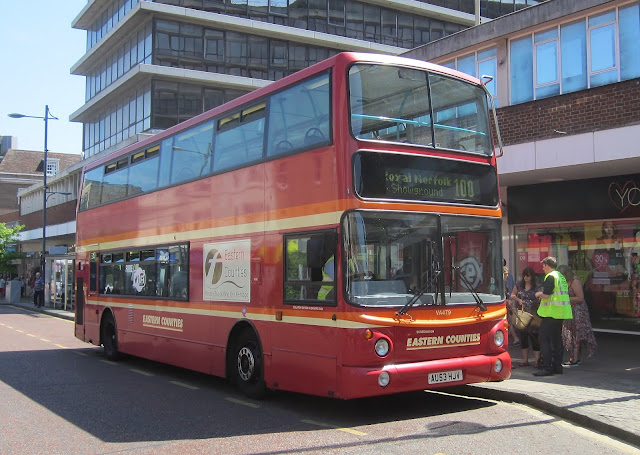 Finally, heritage liveried Transbus ALX400 AU53HJV was the next to appear and also looked good in its Eastern Counties colours wearing fleetnumber VA479

Roy
Posted by eastnorfolkbus at 14:26