Yes, it's  Thursday already and time for another of our regular Throw Back Thursday features.
This week I reflect on the regular appearance of Eastern National visitors to Great Yarmouth's Beach Coach Station during the summer months of the 1980's 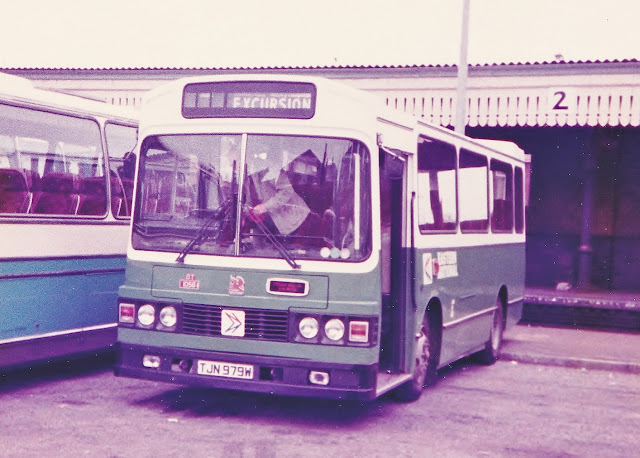 The photo is that of Dovercourt based TJN979W on its visit to the coach station on 9th June 1982. The Wadham Stringer bodied Bedford YMQS was new to Eastern National as 1056 in its fleet in July 1981. A further image of the 33 seater at Harwich can be viewed HERE. You will note from the background of the above photo that the remnants of the former railway buildings were still extant at the time