This weekend saw the East Anglia Transport Museum celebrating 50 years of its site becoming a museum with a lot changing since then!

My quick whistle stop tour on Sunday afternoon provided an opportunity of some photos of  the attendees but I was very much surprised at the low numbers of the public attending. No doubt due to the unreliable British summer weather! 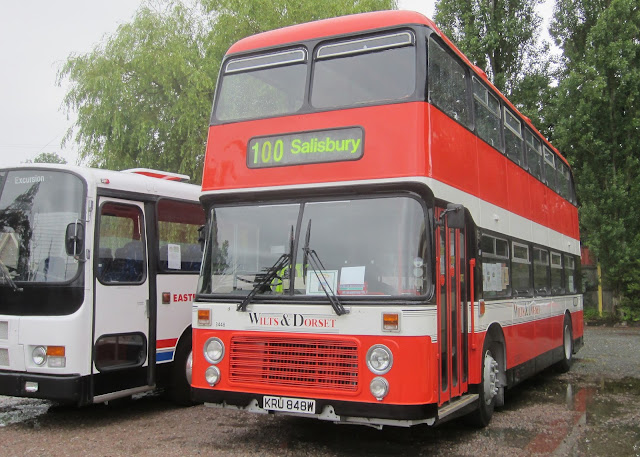 Among the deckers providing trips was this Bristol VRT KRU848W. It was new to Hants & Dorset in December 1980 and became a Wits & Dorset bus in 1983 when the company was split into two. It was renumbered to 4448 in July 1984 and was totally refurbished by December 1996

It was primarily based at Salisbury and Poole depots and gave 28 years service before being withdrawn at Lymington in December 2008. After nine months storage at Poole depot it was eventually sold to Ensign at Purfleet. It was another nine months before it's current owner discovered it and bought it there and then. 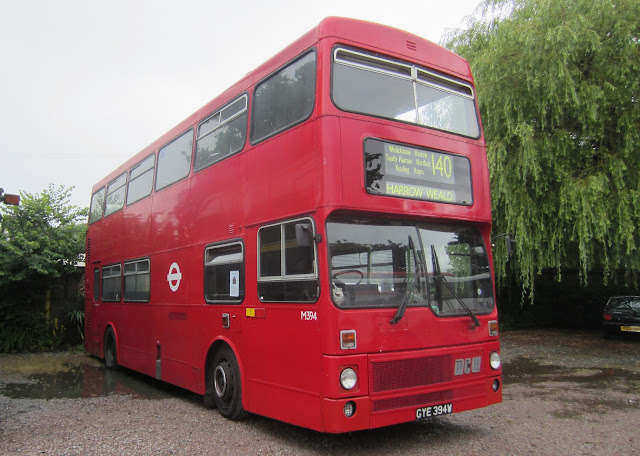 Another decker making an appearance was ex London Transport Metrobus M394, GYE394W. New to Aldenham Works in September 1980, it was one of a batch of 300 Metrobuses ordered by London Transport. M394 was allocated to Finchley Garage in October 1980 replacing Routemaster's on routes 26, 125, 221 & 263. Transferred to Uxbridge Garage in August 1981 it spent two years at Alpeton Garage from September 1982 before being delicenced.

However, it returned to service in February 1985 ending up at Harrow Weald during privatisation as a Metroline vehicle in 1994. It remained there until withdrawal in 1999. After purchase by Ensign GYE394W was acquired by its current owner in June 2011.

Other vehicles were also in attendance including my favourite - Eastern Coach Works bodied Bristol MW APW829B from the Ipswich Transport Museum. A pity the event wasn't more well supported