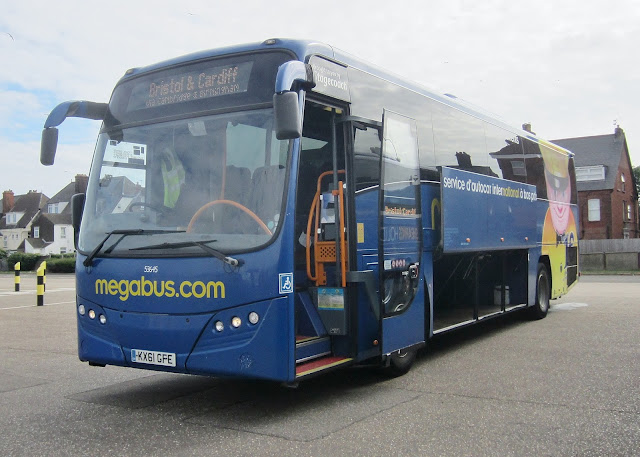 For the first time I managed to get a photo of the Megabus coach working the M37 to Cardiff showing the destination screen in use. The friendly driver booked around four passengers onto KX61GFE. The Volvo B9R/ Plaxton Panther 2 was new in October 2011 as Midand Red (South) 53645 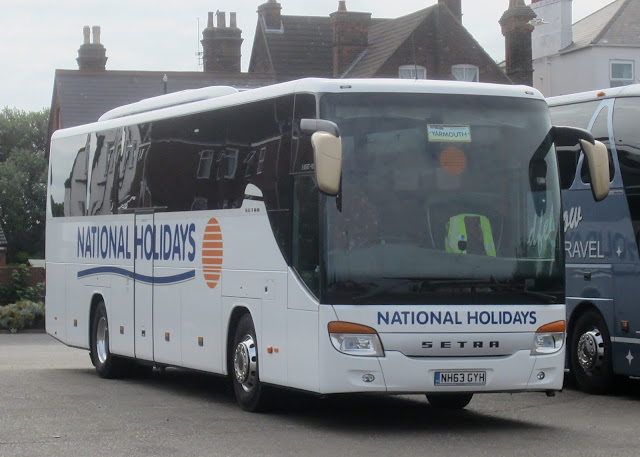 Also on site were two Setras; one was National Holidays NH63GYH with the other being Shearings Holidays 222 BF10VCP 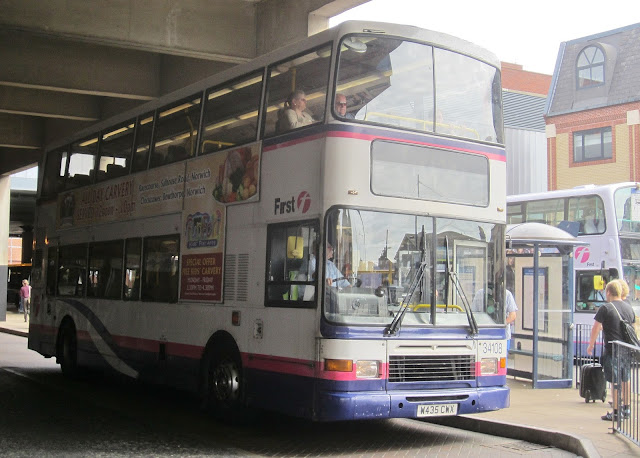 I then adjourned to Market Gates to observe early morning activity there and noted one Volvo Olympian in service in the shape of 34108 W435CWX on the 8 to the James Paget Hospital Unfortunately the photography challenges of the bus station got the better of me, although I did get another photo after it departed but with too many people walking in front of the camera! 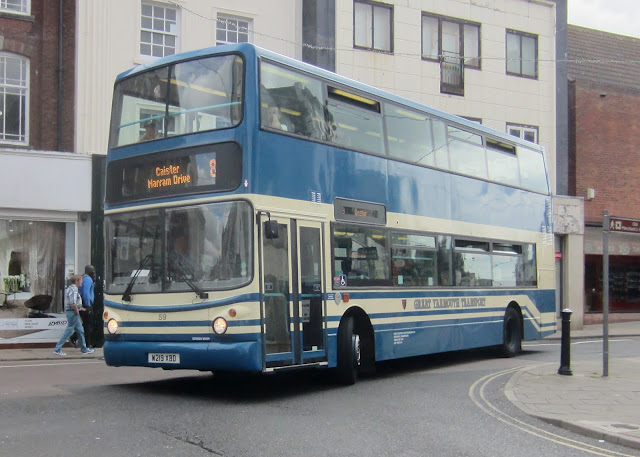 I was also hoping to be able to get a picture of W219XBD working the 8s in its Great Yarmouth heritage livery, as it had so far evaded my camera lens. However, today was my lucky day and I got my photo at the King Street/ Regent Street junction 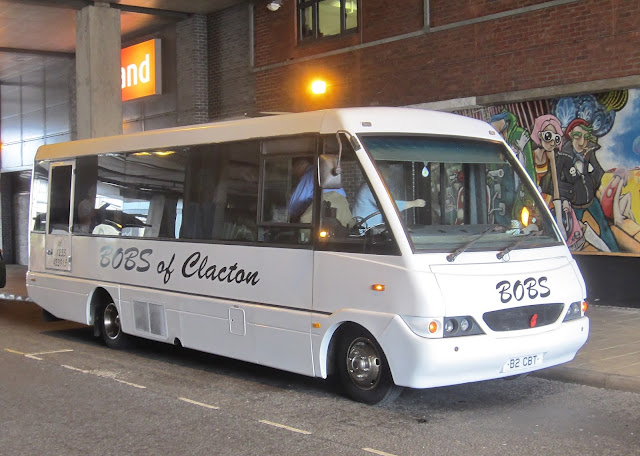 A number of independents were seen to be dropping off their passengers at the bus station. These included Bobs of Clacton's Optare Nouvelle B2 CBT (above) and Peelings Coaches (Jonathan R Joplin) of Tittleshall's Jonckheere bodied Volvo B12M - JJZ 8022 'The Norfolk Olympian' (below) 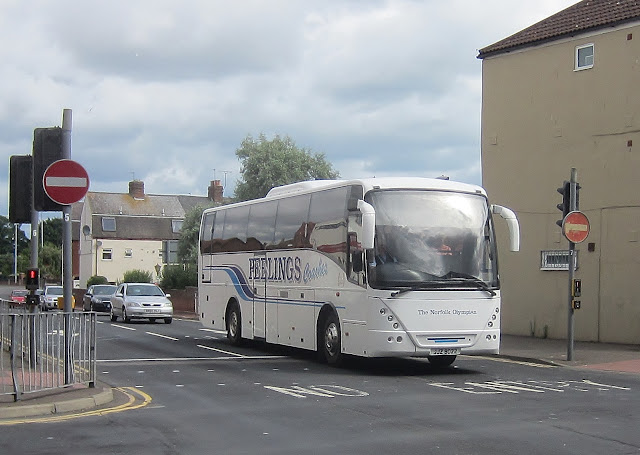 Roy
Posted by eastnorfolkbus at 17:24