It was a dull and dismal day at Great Yarmouth's Beach Coach Station yesterday with half a dozen coaches present! 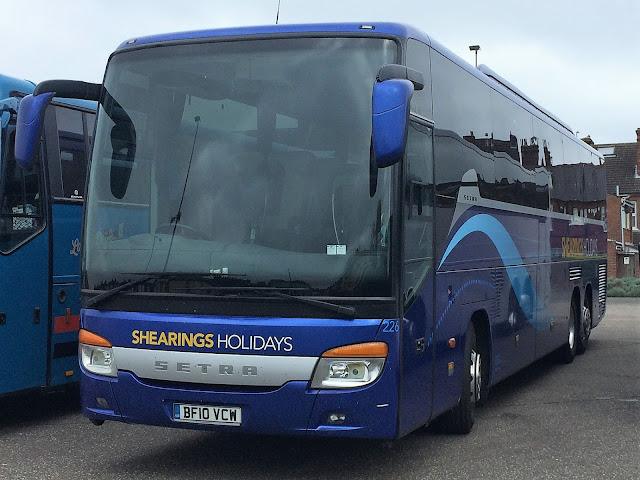 Again members of the Shearings Holidays and National Holidays fleets had a presence. The former was represented by Setra 226 BF10VCW whilst the latter had 'Bill's Coach' on show in the form of another Setra NH11KTH. 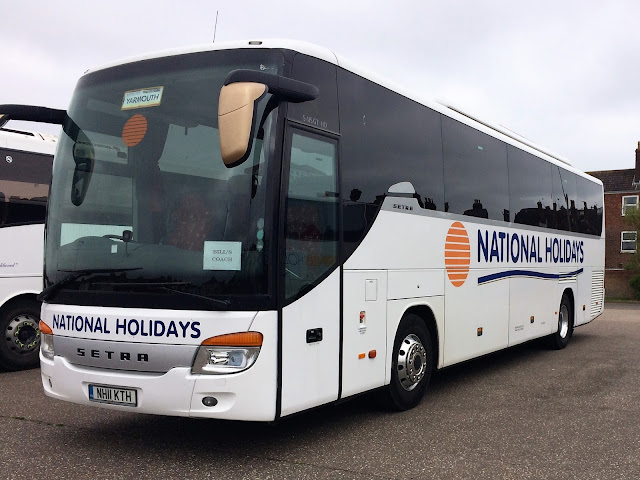 Gloucestershire operator, Pullhams of Bourton on the Water, was also involved in Shearings duties with its Mercedes Benz Tourismo SR14NGS especially branded for the work. 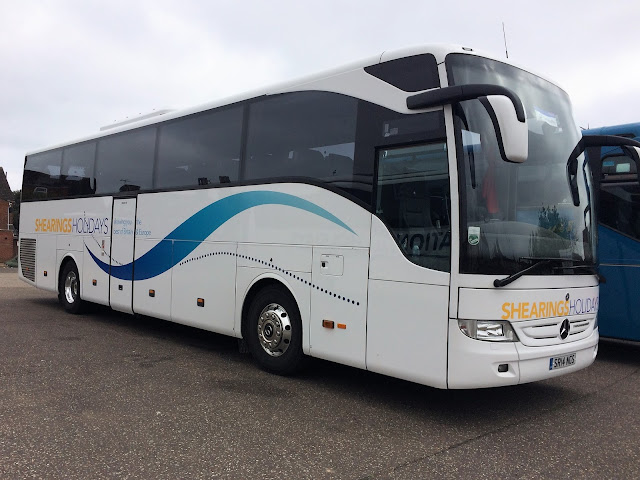 A 'local' appeared in the shape of Mulleys' WSV888, a late 2007 Van Hool bodied Volvo B12B which had operated under numerous registrations previously. 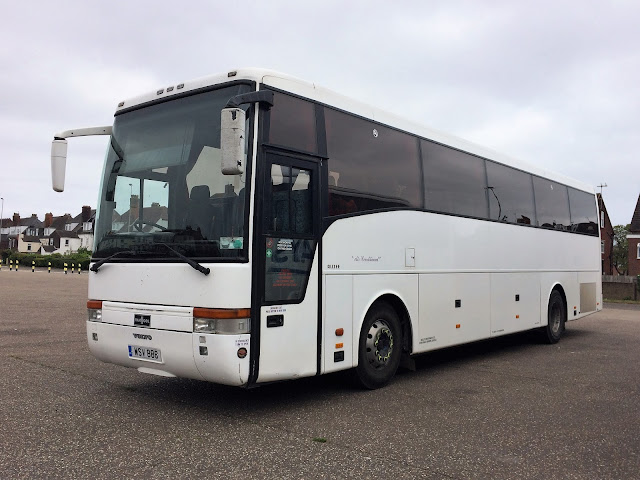 The others were Copelands DAF MIB614 and Premier of Crawley Van Hool YJ11GJV.

Roy
Posted by eastnorfolkbus at 10:04