Seems to be a lot of activity out there this morning with many short stay tourers in evidence and a First Eastern Counties decker on its first day in service! 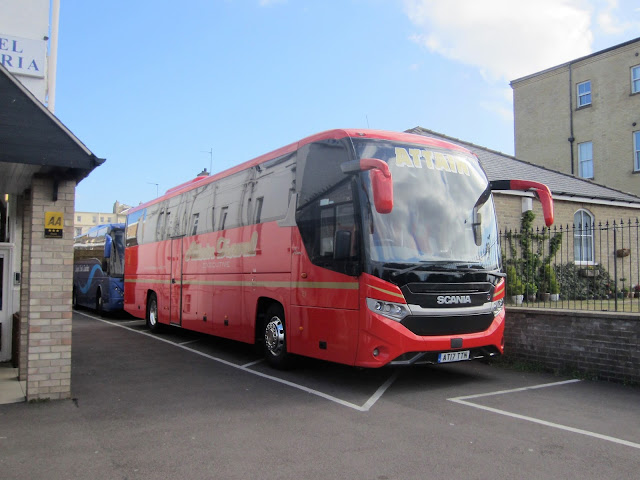 We will start first at Kings Road in Great Yarmouth where two coaches were hiding at the side of the Victoria Hotel. An impressive looking Scania Interlink Finesse AT17TTN from Birmingham based Attain Travel was trying its best to conceal Chapel End Coaches' B5CEC. 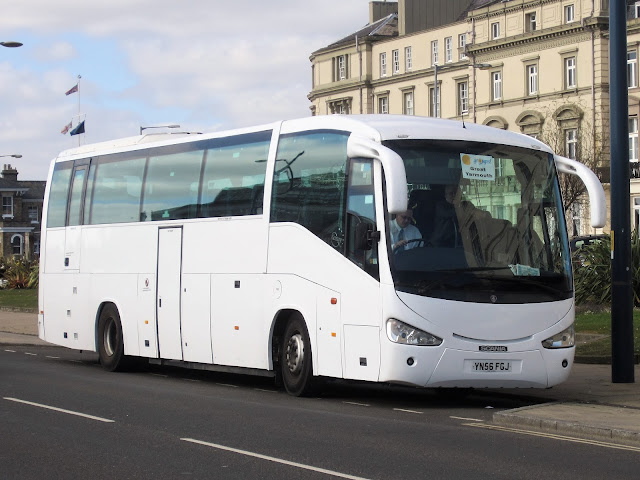 A trawl of Marine Parade netted YN56FGJ, a Scania K114EB4 Irizar Century new to Lucketts of Fareham 4941 but now understood to be with Regal Busways. 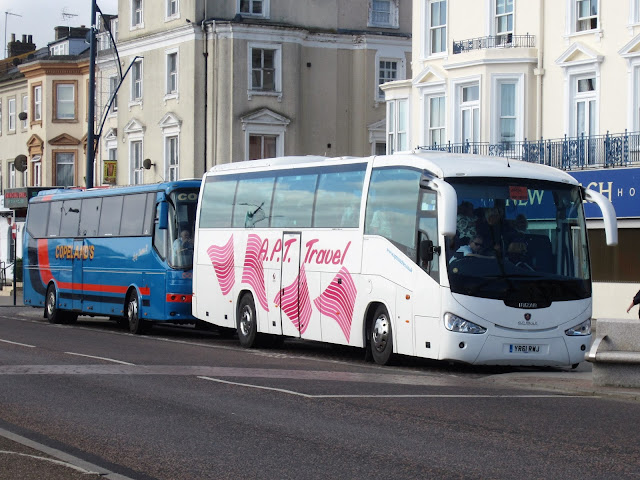 Further along, outside the New Beach Hotel, were Essex based APT Travel's Scania/Irizar YR61RWJ accompanied by Copelands DAF MIB614 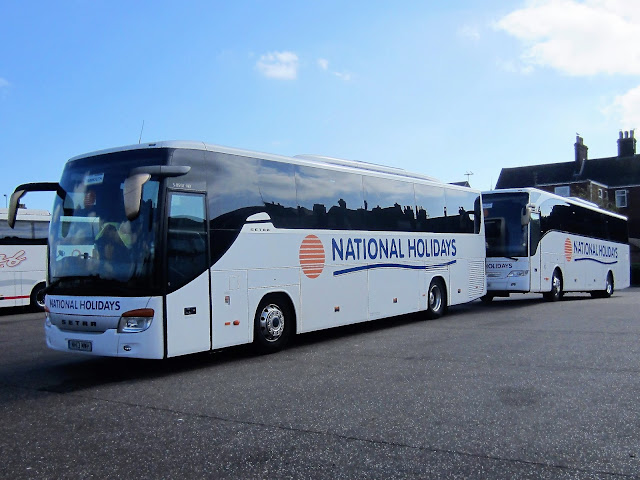 Meanwhile at the coach station two of the quintet on site were National Holidays' coaches - Setra NH13MWH with Tourismo NH15FCH bringing up the rear. 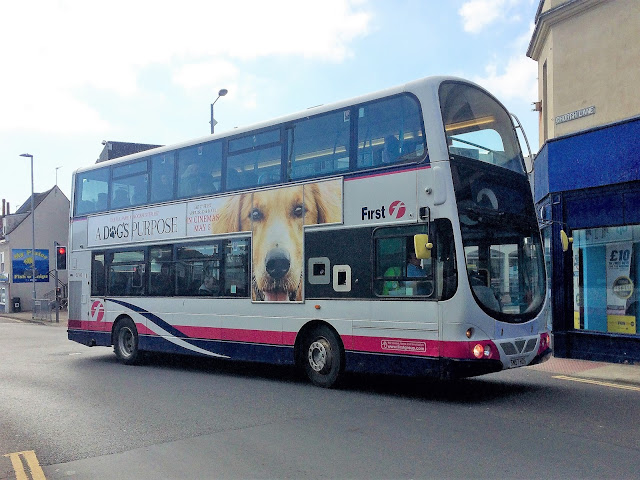 Finally some business at Gorleston Post Office coincided with a glimpse of one of the former First Borders Geminis 37141 SN57HDA in use on the 8 to the James Paget Hospital following its repairs in Norwich yesterday. Also out this morning and in service was open topper W905VLN.

Roy
Posted by eastnorfolkbus at 10:39