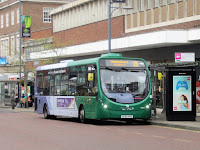 A trip to Norwich on Saturday and an opportunity to observe activity in the 'Fine City' though little to report really.

Our trip into the city centre was on First's Green line StreetLite 63319 SK65PWZ which seemed to have lost its front nearside mirror on its way into the city! It was quickly replaced at Castle Meadow.

Out on Charcoal Line duty was former First Great Yarmouth 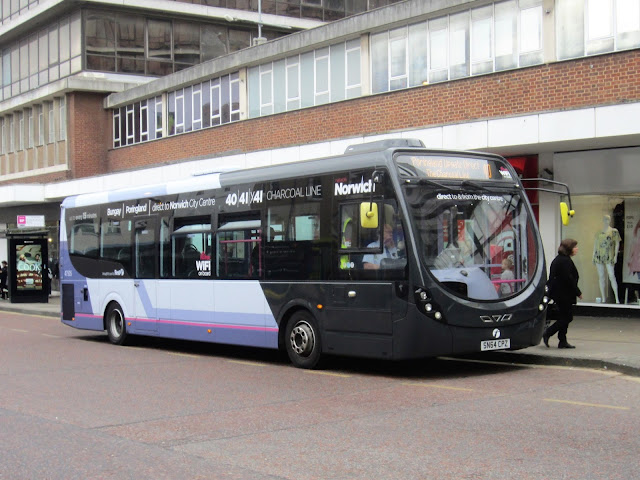 StreetLite 47505 SN64CPZ in its new livery minus its front fleet number. (another job for Zak to do!!) 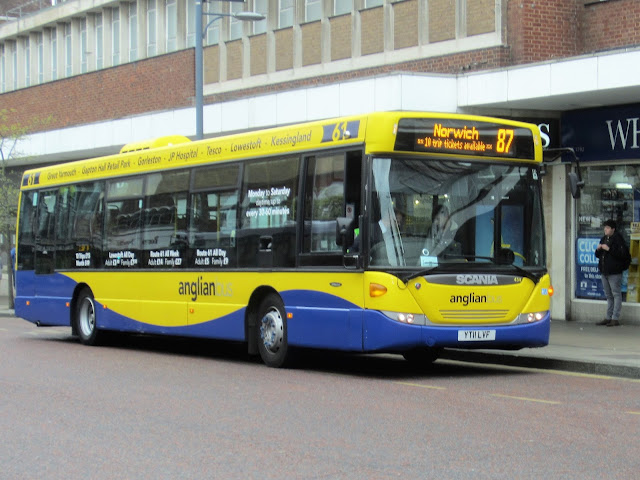 Another Great Yarmouth regular out in the city was Anglianbus Scania OmniLink 454 YT11LVF which arrived on the 87 service from Poringland - despite being branded for the 61 Great Yarmouth - Lowestoft - Kessingland route! 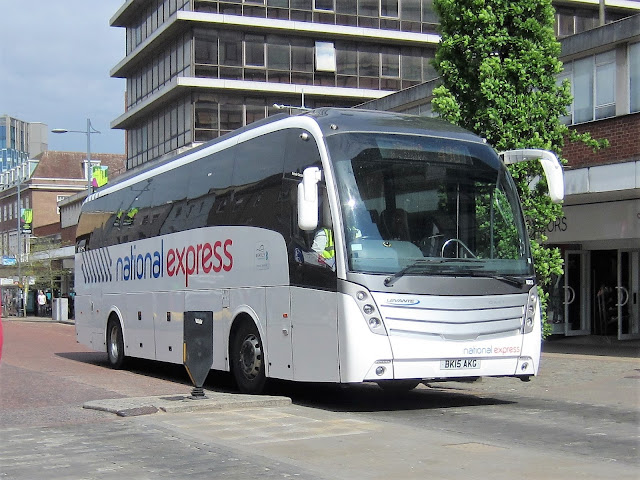 With bus lane works underway at the city's bus station and temporary stops in operation, some National Express services had to use the Surrey Street exit which meant its coaches appearing on St Stephens Street. 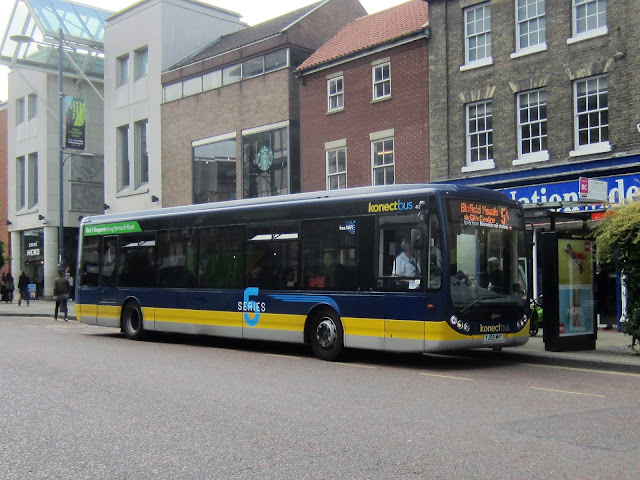 So far unreported here is the use of the '5 Series' branding by Konectbus for routes providing an improved service to the east of the city along Yarmouth Road.

Roy
Posted by eastnorfolkbus at 11:39