Warm & Sunny At The Beach 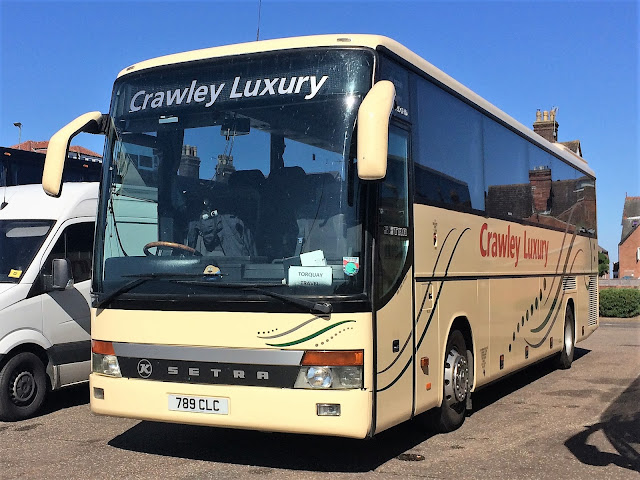 There were a few notable visitors including this Crawley Luxury Coaches Setra 789CLC - almost all of the fleet feature CLC in their registrations This one is of January 2003 vintage being new to Clarke of Lower Sydenham as LW52AKN. The Crawley-based operator acquired it from Bluebird of Weymouth in May 2014. 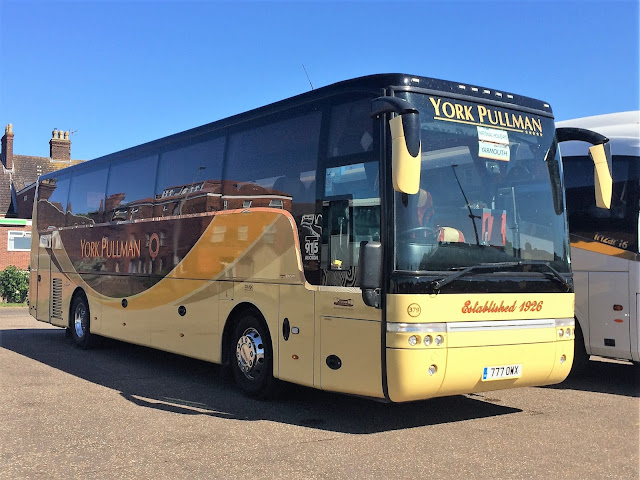 A member of the York Pullman fleet was also in attendance in the form of 777OWX. Wearing fleet number 379, it's a DAF powered Van Hool Alicron T915 integral coach which was new to Gain Travel of Wibsey in 2008 registered as YJ08EEX. 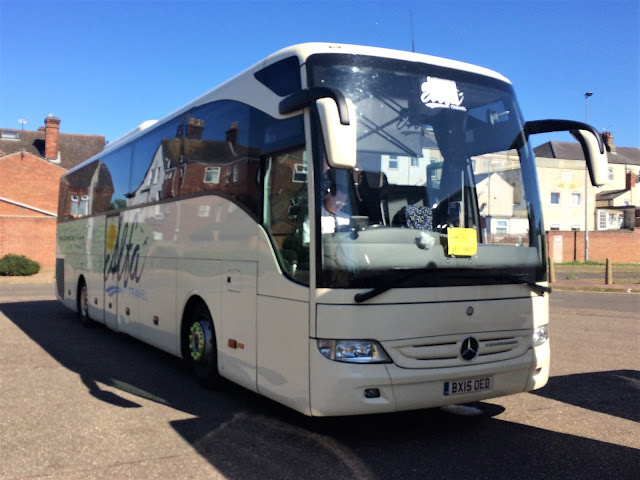 Roy
Posted by eastnorfolkbus at 22:36