On this Star Wars Day we look to the past and not the future. Today's Throw Back Thursday subject is the Horn Hill premises of the then Lowestoft based Belle Coaches. 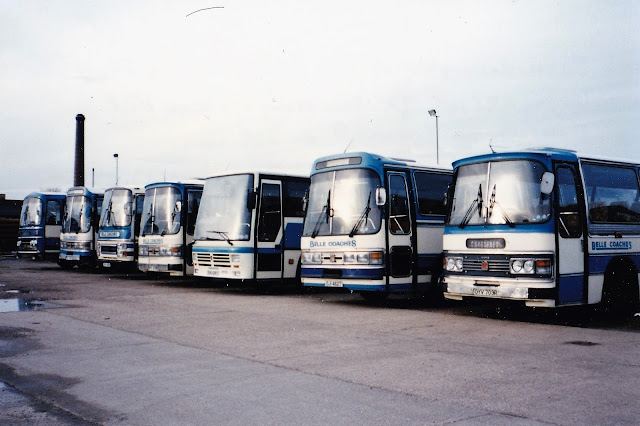 The operator, also based at Leiston, has recently taken delivery of a brand new 53 seat Scania for its Just Go franchise.